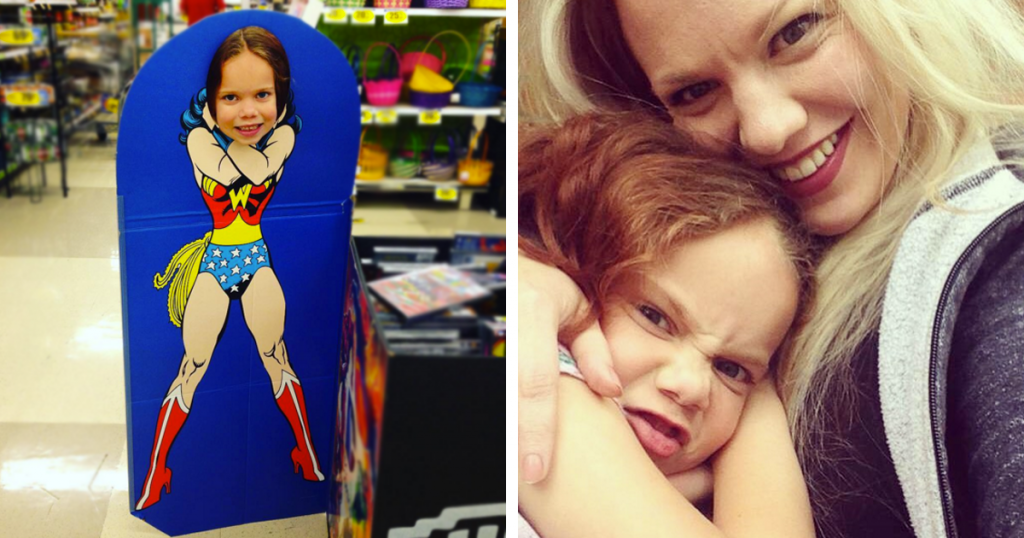 Note from GGS: Often women ask Erin for advice on how to handle this conversation with their daughters. But it goes without saying that this advice applies to daughters and sons. At some point most (if not all) kids will begin to observe and talk about body shapes and weight, theirs and others'.

It’s a moment all mothers dread: the first time their child comes to them worried that they’re “fat.” It’s amazing how often I hear about this happening. But it’s not just a child’s concerns over their weight that trouble me. It’s also how mothers react. Their initial response is almost always the same: reassure them, ever so clearly, that they are not fat.

The trouble with this reassurance, while well-intentioned, is that it sends a very clear message that “fat” is bad and undesirable and to be avoided at all costs. Fat isn’t an evil thing. Fat is a normal and healthy part of all bodies. If the goal is for our children to avoid an ongoing obsession with achieving an “ideal” body size, our reaction to their concerns shouldn’t be “It’s OK, honey. You make the cut.” 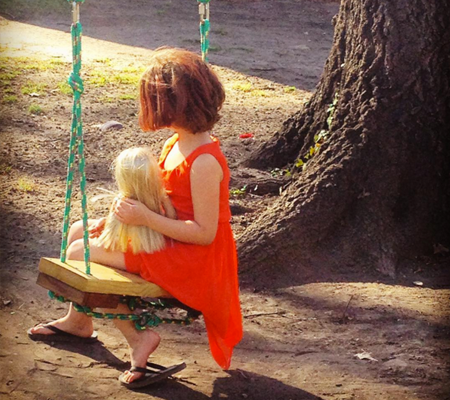 Granted, that initial response is likely both automatic and defensive, and its greater implication is rarely thought through. No mother would purposely replace one damaging thought in her child’s head with another equally damaging thought. But the idea that “fat” is something you don’t want to be, that it’s a bad thing to be, is so ingrained in our psyche that most mothers’ knee-jerk response to “I’m fat” is “No you’re not!” We want to protect and shield our children, so we reassure them that they are not this “bad” thing. But we don’t realize that this very reaction reinforces the idea that fat is a “bad” thing.

It’s not shocking to me that children are becoming overwhelmingly concerned about their body size at younger and younger ages all of the time. The media we consume play a role in this. But the most important role models in a young person’s life are the people raising her.

So long as parents anguish over the size and shape of their bodies, so will their children.

So what do we do if (and when) our children come to us, troubled that there is something wrong with their bodies? Addressing this often inevitable moment in a way that empowers both mother and child is key. Instead of treating “fat” like it’s a bad thing, follow these tips:

Be grateful that your children are talking to you about their worries. It means that you have made them feel that you are a safe space to express their feelings. Make sure they feel heard.

Ask what caused their concern over their weight or size. Try to discern, if possible, where this worry originates. For instance, if a bully or other outside issue is negatively impacting their body image, knowing about the situation enables you to address the root cause.

Assure them that their body is a good body.

One of my favorite things to show my daughter is women of all different shapes and sizes achieving amazing feats of strength. Rather than tell her she fits in, show her diversity and celebrate it.

Pay attention to how you talk about yourself.

If you’ve been exhibiting poor body image, it’s likely this has influenced your child, even if you are trying to avoid doing it “in front” of them. Be sure that the way you talk about yourself and others is positive.

Be honest about your own struggles.

If you struggle to accept parts of yourself, or ever have, open up about that to your children. How do you deal with it? It’s normal to not be absolutely head over heels for every single part of your person every single day. Be honest about how you approach that in a healthy way.

The conversation about body image is growing. Great resources are available to help kids of all ages develop a healthy relationship with their body. I Like Myself! is a favorite in our household and is great for promoting self-esteem in younger children. Share Girls Gone Strong articles with your teenagers. Seek out body-positive information online and share it with your children. It will reinforce what you are hoping to teach them and can generate great conversations about these issues.

Be mindful of how you correct impolite comments.

It’s common for children to notice and make comments about people and the world around them. They often say things like “That person has a fat belly” without meaning to offend. Instead of telling them “It’s impolite to call people fat,” consider making the more inclusive comment, “It’s impolite to make comments about other people’s bodies.” An inclusive comment not only reinforces that others’ bodies are not our business, it also doesn’t demonize the word “fat.” Because of the unnecessary stigma on large bodies, we are quicker to correct these kind of comments than comments about small bodies which can be equally harmful.

Since my daughter learned to read, one such moment that comes up a lot is body shaming on magazine covers. We talk about those whenever we are in line at the supermarket. We talk about what we think about this practice. Is this something we support? Does this hurt people’s feelings? 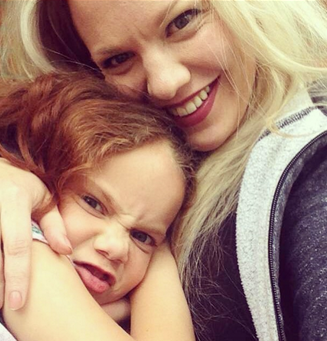 Unfortunately there are lots of opportunities to see and hear this kind of shaming, but rather than attempt to shelter them from it, use it as a way to keep the conversation going. This not only continues to reinforce a message of body positivity, it also encourages critical thinking. Children are also consumers of media, and we can offset its ill-effects on self-esteem by helping them think about what they are seeing and what it means.

The most important thing you can do to keep your children’s confidence on track is to show them how it’s done. Be honest about how you’ve struggled and what you do to pull yourself through. Don’t make comments about other people’s bodies and don’t put yourself down. It’s much easier to follow in those footsteps when there is a clear example in front of you. 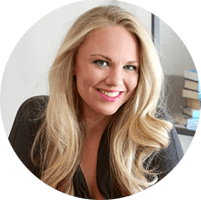