My Switch to Strength: The Tale of a Former Cardio Queen 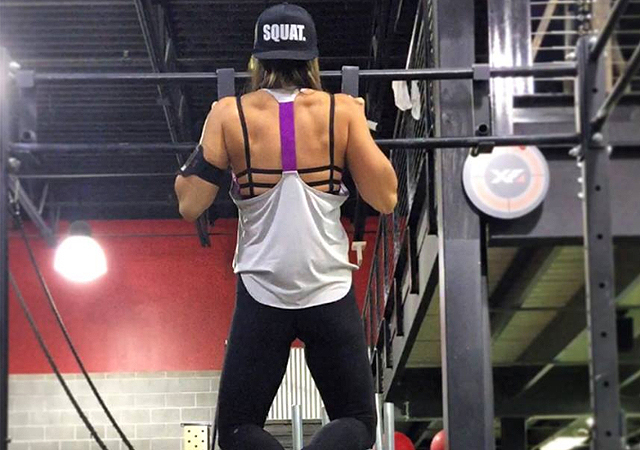 I was doing a mental check-list as I packed my workout bag for the day. Yes, I was packing four changes of workout clothes for one day. I wasn’t heading off to compete in a triathlon, or do a full day of sports-ing; it was simply another day for me, and this was my norm.

I was living in the one and only Sin City—identified on the map as ‘Las Vegas’—and the faster-faster-more-more-more lifestyle for which the city is infamous had also managed to spill over into my workouts.

As a bona fide Word Nerd growing up, I was rewarded by consistently making straight A’s (in everything but gym class, go figure). The drawback was that all I wanted to do was hunker down in my bed—always with snacks—to study and read every book I could get my eyes on. While this improved my GPA, it did not, however, improve my physical health.

My laziness culminated between the ages of 16 and 18, and the thought of doing anything physical was abhorrent. Due to my perpetual munching and nearly non-existent energy output, I gained a substantial amount of weight. On top of that, I failed high school gym class not once, but twice. It was then, at the age of 17 that I finally had a light bulb moment. It was high time to make some changes, but…. where to start?

I joined a gym and was completely dumbfounded as to where I should begin. I saw the Step Aerobics class going on, and it looked fun. The instructor was peppy, the music was groovy, and they were basically just dancing around on top of the little steps. It seemed like a wise choice.

I started going a couple of times per week and made some friends. They told me that they were also doing Spin classes and encouraged me to join them. So, I went. That was the beginning of my long, torrid love affair with cardio and group fitness. Over the course of the next few years, I was crazy over it. I took classes like it was my job, until I decided to actually make it my job.

I got certified to each everything you could possibly think of. Body Pump, Body Combat, Spin, Pilates, Yoga, and more. I was teaching classes at the Las Vegas Athletic Clubs, as well as Canyon Ranch in the Venetian and Palazzo, and I loved it. My schedule looked a little something like this, six days per week:

Doing five or six hours of cardio per day was very common for me, as well as a handful of my girlfriends who also taught classes.

The Breakdown of My Body

I was the epitome of fitness! Nobody could out-fitness me! At least, that was what I irrationally believed for a very long time—until my body started to show me otherwise. I was sick all of the friggin’ time. I swear I had a cold nearly year round. It felt like my immune system absolutely despised me, and took every opportunity to let me know.

I was always exhausted. I convinced myself that having to take naproxen or ibuprofen daily due to chronic muscle and joint soreness, washed down with copious amounts of coffee and/or energy drinks just to function, was normal. ::cringe::

I had a chronically elevated heart rate. I remember lying in bed at night, feeling my heart violently hammering away no matter how many deep breaths I took.

And hunger! Oh, the hunger! Being the reigning Queen of Cardio causes quite a voracious appetite, and I was gobbling down all of the food.

Throughout all of this, I tried convincing myself it was all fine:

“Pain is weakness leaving the body!”
“Obsessed is a word that the lazy call the dedicated!”
“Sweat is your fat crying!”

Yes, all of that ridiculously misleading “fitspo” mumbo-jumbo. The real kicker? I wasn’t getting any leaner or stronger.

As a matter of fact, when our on-site Exercise Physiologist took my bi-monthly skinfolds for me, they showed an increase in body fat. I was getting flabbier, and could still barely do push-ups on my toes. I kept thinking if I just stuck with it for a bit longer, something would change.

It never did. This madness went on for longer than I care to admit, until a coach finally shook me out of it. 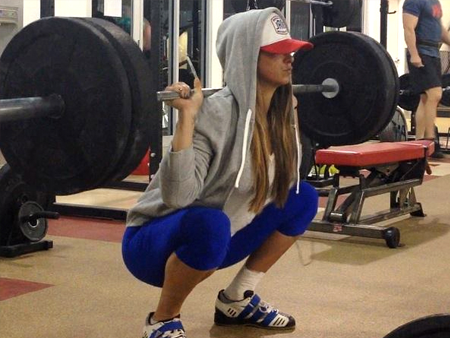 In order to make major physique changes for my first Figure competition, my coach cut out all of my cardio. Not gonna lie: I felt slightly lost with all of my newly discovered free time! My coach put me on a balanced nutrition plan and had me start a resistance training program.

Once the competition was over, I desperately needed to focus on something other than aesthetics, so, inspired by my good friend, Molly Galbraith, I decided to dive into the world of powerlifting. And dive I certainly did, in typical Jen-style: head-friggin-first.

It only took a few sessions with the barbell until I found myself completely hooked on this new challenge, and I quickly resolved to become the very strongest me that I could be. That is exactly what I went on to do.

Because so much about strength is actually neural, it’s not uncommon for a new lifter to set personal records (PRs) left and right for the first year, or even two, when they start training seriously.

There is nothing quite as glorious as beginner strength gains.

Newbie PRs or not, they constantly had me on cloud numbah nine. Hitting a new personal squat or bench record gave me a sense of accomplishment that I had never experienced during workouts. I no longer felt like a hamster running after absolutely nothing in its maddening Cardio Wheel of Doom. Now, I was relentlessly pursuing actual, tangible goals with a progressive plan and solid numbers in my cross-hairs. I had purpose. 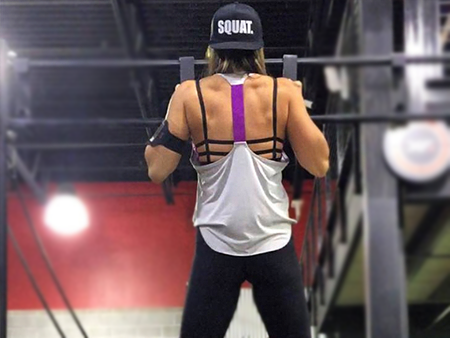 I thoroughly appreciated the learning experience of lifting, and liked seeing how a simple tweak of my technique could lead to a huge difference in what I was able to bench, squat, and deadlift. I felt incredibly empowered when I pulled a heavy deadlift from the floor, and I enjoyed the challenge of working towards my first unassisted pull-ups.

The Carryover of Strength

It wasn’t too long before I was hitting numbers that I never thought I’d be able to, and that gave me a huge boost in self-confidence; something that competing in Figure had sucked right out of me. 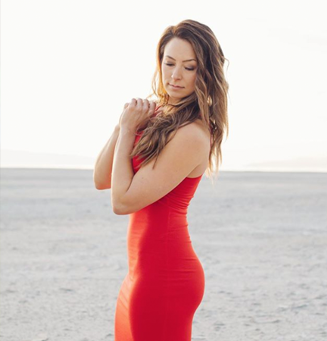 It takes a lot of mental fortitude to get under a heavy bar and attempt to lift it, and to my delight, that newfound courage oozed over into every other aspect of my life. Training intelligently for 75 minutes, four times a week made more of a difference to my body and mind in six months than grinding out five to six hours of cardio, six days a week for three years ever did.

Yes, I still do some cardio. I do my best to keep up my conditioning levels to support my lifestyle and all of the activities that I enjoy doing by performing 20 minutes or less of High Intensity Interval Training (HIIT) about twice a week. I also get in some low-to-moderate steady state cardio about twice a week for 20 to 30 minutes, for recovery and to aid in pedal power for my love of mountain biking.

Other than that? The verdict is in. For me? Strength training, for the win. 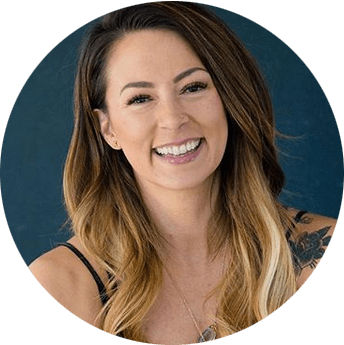