Signs Your Client May Be Suffering From an Eating Disorder 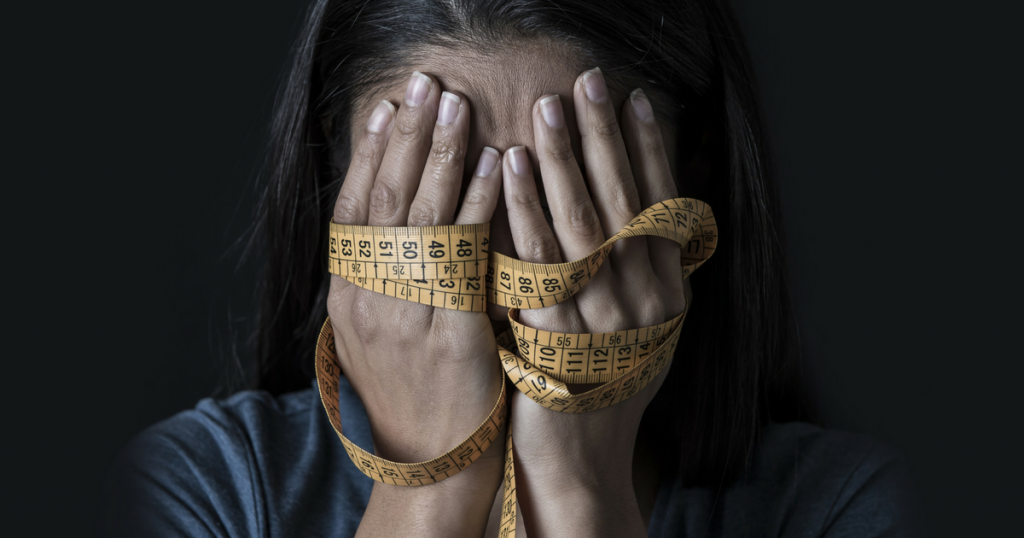 Like millions of women, I knowingly hired these professionals to help me lose weight, transform my body and achieve “health.” And, just like millions of women, I thought that it was completely normal to be obsessed with my body size and the foods I was eating, as well as staying on-plan and relying on destructive behaviors to “undo” the calories I had consumed.

Disordered eating and the pursuit of thinness is so normalized in our culture that it is often dismissed and even encouraged within health and wellness fields.

At least 30 million people in the U.S. alone suffer from a clinical eating disorder, and it’s reported that every 62 minutes at least one person dies as a direct result of an eating disorder [1]. On top of those staggering numbers, studies have shown that 75 percent of women admit to regularly engaging in disordered eating and exercise patterns [2].

As a personal trainer, you aren’t formally trained to recognize eating disorders. And I’m sure you may feel like a fish out of water thinking about how to recognize them, and even further, what to do if you suspect a client is struggling.

I want you to consider that your clients may also be painfully unaware that the behaviors they are engaging in are actually disordered. Alternatively, they may be aware, but caught in the tight grips of food and body control because of their eating disorder, and really suffering as a result.

Eating Disorders Happen on a Spectrum

So, how do you know when someone’s health and wellness goals are actually a product of, or feeding into, disordered eating, or an eating disorder?

First, it’s important to understand that eating disorders occur on a spectrum.

At one end is “normal” eating: when someone eats according to hunger and fullness, without depriving cravings or restricting foods to alter the way their body appears.

On the other end of the spectrum are clinically diagnosable eating disorders such as:

Bulimia Nervosa, characterized by consuming a large amount of food within a concrete amount of time, followed by behaviors to compensate for the calories consumed, including self-induced vomiting, over-exercising, fasting or laxative misuse.

Binge Eating Disorder, characterized by consuming a large amount of food within a concrete amount of time without the use compensatory behaviors following the episode.

Other Specified Feeding or Eating Disorder (OSFED), characterized by symptoms of anorexia, bulimia or binge eating disorder without falling into strict diagnostic criteria.

The common theme among eating disorders is a preoccupation with body size, shame and guilt surrounding eating, food choices and harsh self judgements.

The space between “normal” eating and eating disorders, where 75 percent of women fall, can be defined as disordered eating. And while this grey area may not seem “as bad” as a clinically diagnosed eating disorder, the mental and physical anguish that accompanies these behaviors deserves to recognized, validated and treated, just like anything else.

One of the most important keys to keep in mind is that dieting, or disordered eating, is the greatest predictor of developing an eating disorder.

And when signs of disordered eating are caught early on, people have the greatest chance of not only recovering, but thriving and moving toward body and self-acceptance.

As someone who speaks with clients day in and day out about food, exercise and the way their bodies show up in the world, your personal awareness of eating disorders and the dangers of disordered eating is imperative to support women to seek treatment and end the pervasive quest for body perfection.

So, how do you recognize if someone may be struggling with disordered eating or an eating disorder? There are a handful of red flags to be aware of when working with clients who are coming to you looking for weight loss or body change. 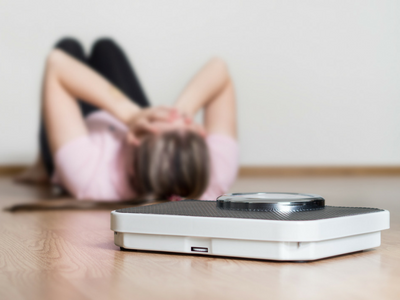 Obsession With the Scale

Women struggling with eating disorders often look for constant validation from the scale. If you notice that your client is obsessed with a number, beats themselves up for not achieving a certain number, or creates strict food and movement guidelines because of the number on the scale, it is likely that they are beginning — or are continuing — to suffer from disordered eating.

Women struggling with eating disorders commonly severely restrict calories, utilize periods of fasting or food replacements to curb hunger signals and propel weight loss. These types of behaviors are often normalized in the media and mainstream gym culture, but ongoing reliance on intermittent fasting and liquid cleanses, as well as villainizing calorically-dense foods and obsessing about nutrient-dense, lower-calorie “health” foods (also known as orthorexia) in effort to minimize caloric consumption is dangerous and only strengthens the eating disorder mind.

The regular use of restrictive behaviors to alter body shape and size are indicators of disordered eating and many times of an eating disorder.

When doing an initial assessment, looking at dieting histories can provide a wealth of information. Is your client constantly looking for quick fix after quick fix? Have they continually tried the latest and greatest diets? Have they yo-yo dieted more than they’ve maintained a steady weight? These are red flags that disordered eating is running the show. 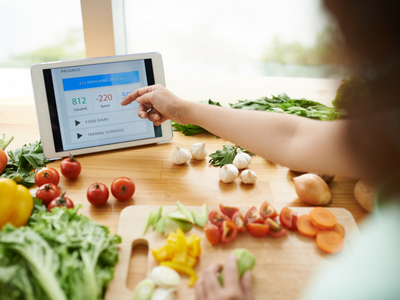 Obsession With Appearance and Weight Control

Never dismiss or collude with your client if they share that they hate their body, or can’t continue to tolerate the way their body appears. Instead, consider how this hatred is influencing the way they’re eating and moving. Do they share that they have to get to the gym everyday, or more days than not? Are they hyper-vigilant about calorie, macro or point counting? Do they resist rest days out of fear of weight gain? Are they pushing themselves to lose more, or do more, despite your recommendations for moderation?

Obsession with weight control through food and movement are clear signs of an eating disorder.

Amenorrhea — the abnormal absence of menstruation — is a condition that indicates that the body is under too much stress, or does not have the energy stores to function optimally. When women are struggling with eating disorders and disordered eating, their body uses the limited fuel that they’re taking in to support essential bodily functions. Because reproduction is not essential, it is often one of the first to shut down. If your client reports that their menstrual cycles are irregular or have stopped, it is imperative to encourage and help them to seek treatment from a doctor and an eating disorder specialist.

People who suffer from eating disorders are most often high functioning, successful people. They strive for perfection and see things in extremes, often falling into all or nothing, or black and white thinking. If your client shares that they are “bad” for indulging over the weekend, missing a workout, not losing more weight, or for consuming foods seen as “unhealthy” they could be suffering from an eating disorder. 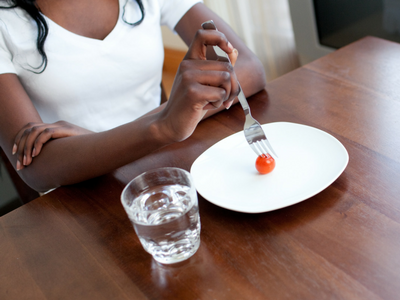 One of the most common indicators of an eating disorder is if a client compensates for calories through exercise, self-induced vomiting, laxatives or restriction. Compensation does not have to occur following the act of eating; if a client shares that they are exercising or fasting prior to an event to “make room” for calories consumed, they’re still engaging compensatory behaviors. Compensatory behaviors are dangerous, because eating disorders are their driving force.

Feeling Out of Control Around Food

The binge, restrict, repent and repeat cycle is one that is pervasive in and out of the fitness community. If your client shares that they feel out of control around food at any time, especially at night or on weekends, it is a sure sign that they are struggling with disordered eating. Binge eating is not something to be taken lightly — it is as emotionally and physically painful as any other eating disorder.

As women attempt to hide their struggle with their eating disorder, it’s common for them to cover up their diminishing size. If you begin to notice that your client is wearing dark and baggy clothes and that their weight and body size are dropping, it is important to re-evaluate goals and encourage them to seek support to begin to address underlying body beliefs and eating disorder thoughts and behaviors.

Sluggish Workouts and Mental Fog, In and Out of the Gym

If your client reports trouble sleeping, memory issues, trouble focusing on things other than food and exercise, or issues fully engaging in workouts, they could be suffering from an energy balance that is unhealthy due to an eating disorder.

Where You Can Help as a Coach

Being aware of the signs of eating disorders is the first step in being able to support your clients to overcome obsession with food and their bodies. As a trainer you have a unique opportunity to help your clients see and understand that physical fitness and health stretch far beyond the way their body appears.

If you recognize these red flags, it’s important to share your concerns with your client from a place of understanding and compassion. Although many of the behaviors discussed in this article are normalized within our culture, it is important to remember that they are destructive to 75 percent of women’s health. Dismissing or normalizing these behaviors only validates and fuels eating disorders and disordered eating patterns.

As a coach, your relationships with your clients are built on trust and mutual respect.

Initiating these discussions provide you with an opportunity to team up with your client to adjust their programming, or to encourage them to shift their fitness and lifestyle goals to be in support of their healing — body and mind.

It is also equally important to have a network of professionals to consult with, refer to and collaborate with, if your client shares that they are struggling. To be able to support your clients in reaching out to a trusted colleague to begin treatment could actually save their life, or save them years of emotional and physical turmoil and struggle. 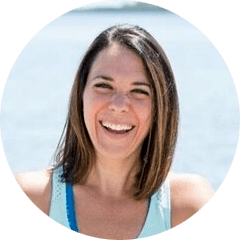 About the author:  Sarah Herstich, LCSW

Sarah Herstich is a licensed clinical social worker in private practice in Horsham, PA. Sarah treats women struggling with body image and eating disorders and specializes in treating binge eating disorder. Sarah is a Health at Every Size practitioner and is passionate about supporting women along their journeys in rediscovering that their worth stretches far beyond the way their bodies appear. You can find and follow Sarah on her website, as well as on Facebook and Instagram.
VIEW BIO
|
READ MORE ARTICLES