How to Talk to Our Children About Body Diversity 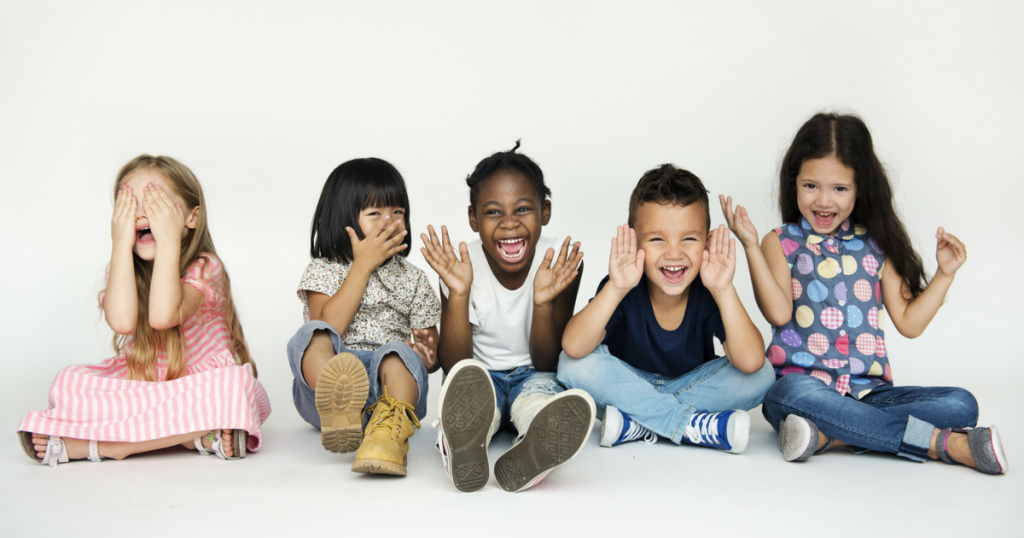 Whether you’re a parent or not, there’s a good chance that, if you have children in your life, whether a sibling, niece or nephew, of children of friends, you’ve likely had the “pleasure” to live a moment where a child opens their mouth to make what can be perceived as a mortifying comment about someone’s body — or even about yours!

It’s tricky, isn’t it? How do we teach our children that commenting on other people’s bodies is inappropriate, without intimating that bodies are shameful or not to be talked about?

All Bodies Are Good Bodies

I truly believe that all bodies are good bodies, a belief that was cemented by becoming a parent myself. Motherhood opened up a new realm of body positivity for me: since I believed that my children’s bodies were inherently good as they were, I knew this had to be the case for all bodies out there as well.

When talking to our children about their own bodies, it’s important to establish that their body is intrinsically a good body, just as all bodies are. 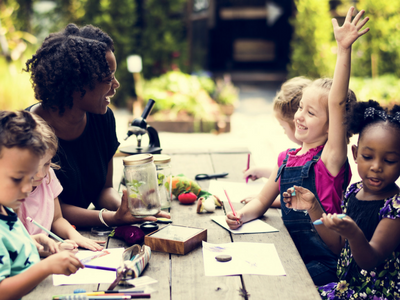 A good way of doing so is by taking the time to focus on the functionality of the human body — something children typically find captivating. The more we educate both ourselves and our kids about the numerous fascinating processes that exist within the human body in order to make our existence possible, the more we reframe the perception of bodies as the amazing organisms that they are.

Children will naturally be more curious when faced with things that are unusual for them, so purposefully including diversity in our life is a great way to teach them that people — and therefore bodies — come in all shapes, sizes, colors, and abilities. 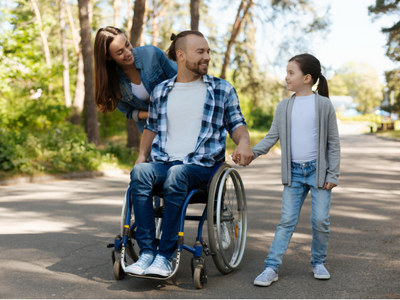 By setting the stage and explaining from the get-go that what makes humans so amazing is the fact that we can be extremely diverse in terms of appearance, and yet very similar in how we feel, we can help children better understand that people’s bodies are typically not what’s the most interesting about them.

Even when we live in communities that are less diverse, media now gives us the opportunity to be exposed to people with all kinds of backgrounds and life experiences. Our children, much like ourselves, have a lot to gain by being in contact with a multitude of perspectives. Of course, this doesn’t mean force-feeding complicated essays on our little ones but rather can be as simple as seeking out more inclusive images in the stories that surround them in the form of books, movies, and toys.

Don’t Assume Intent and Have a Sense of Humor

When, despite our best intentions, a cringe-worthy comment comes out of our own kid’s mouth, we still hold a lot of power in terms of how we handle it.

Our response can be the determining factor between a child understanding that bodies are a shameful topic, or their grasping that while they may not have expressed themselves astutely, they are still allowed to learn to talk about bodies in a safe environment.

We must remember that kids don’t necessarily have the same baggage we do, and that curiosity in and of itself isn’t maliciousness. Children see the world differently than adults do, and that’s part of the beauty of childhood. 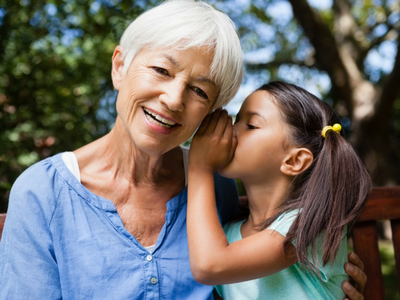 I’ve personally witnessed kids dish out what they perceived to be compliments about wrinkles and “squishy” body parts, wholeheartedly believing their words to be positive. Without all the negative socialization that surrounds body size or aging, children tell it as they see it, and it’s not necessarily a bad thing.

Of course, when we feel like kids have made an insensitive comment, we can use it as a teachable moment: ask them how they’d feel if someone was making comments about their appearance, and work with them to reframe how they could have approached the situation.

The idea here isn’t to teach children that certain physical features are something to be pitied, but rather that being reduced to our appearance is something that doesn’t feel good, because that’s just a fragment of who we really are.

By appealing to our children’s empathy, instead of shaming them for speaking out of turn, we’re giving them tools that will serve them through life.

While our children learn much from what we purposefully teach them, they take in just as much simply by watching how we behave and listening to the words that come out of our mouths. This gives us a tremendous opportunity to take a hard look at the way that we talk about bodies, and see if it aligns with our values.

While we often think of younger children mimicking our words, don’t forget that we can have just as much of an influence on older children as well. In the case of the latter, the type of media that we consume also has an impact on them: think about the mixed messages that we can send if we talk about body acceptance one minute, only to turn around the next and watch a television show that picks apart celebrities’ appearance.

Don’t Criticize Your Own Body — Or Anyone Else’s

For many of us, there’s a strong correlation between our own body image issues, and the way we witnessed adults during our own childhoods — especially by the significant women in our life — talk and behave in regards to bodies, both their own and anyone else’s. In households where bodies are discussed in a negative manner, body image issues are more often than not transmitted from one generation to the next, rarely with bad intentions, but still with deplorable consequences. 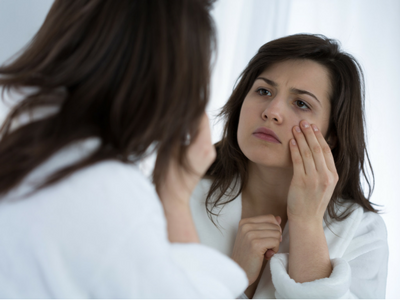 Even when we don’t think our children are included in these conversations, they’re listening — just like we were back in the day — and our words sink in. Unconsciously, perhaps, but inevitably.

Deciding to change the way we discuss bodies is a powerful step, not only towards teaching our children about body diversity but also towards improving our own relationship with our bodies. By embodying — quite literally — this body embracement idea, we are modeling healthier behaviors for the next generation.

Don’t Praise Your Kids Solely on Their Appearance

Too often, as a society, we tend to praise children for one-dimensional qualities: we compliment little girls on their appearance and little boys on their strength. This is sadly so ingrained in our habits that we rarely stop to question the impact of our comments. 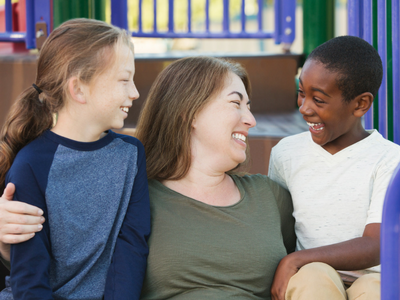 While we mean well, these remarks are as narrow-minded as they are damaging: by extolling superficial aspects, we’re showing kids to look at the world and at themselves through a single, extremely limited lens. Furthermore, these types of comments reinforce arbitrary gender constructs which aren’t beneficial for anyone.

Purposefully bring the conversation on a different level when you’re speaking to the children in your life. By talking about what’s beyond appearances, we give everyone the opportunity to tap into their unique gifts. Besides, there’s so much to celebrate, when we choose to change our scope: creativity, compassion, attentiveness, humor, loyalty, resilience, curiosity, thoughtfulness, etc.

In the end, we should remember that our kids are doing their best, just as we are, to navigate this world. While pondering how to address these questions with them, we may find ourselves facing some cringe-worthy discourse of our own — comments we now realize are harmful, but that we have been making over time without thinking twice. 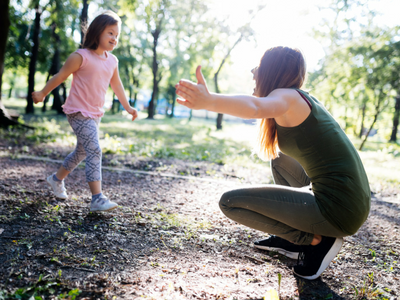 Sometimes these are attitudes we inherited without giving it much thought. Other times they may be a reflection of our own issues. Often, they’re a combination of both, and we find our children mirroring those.

Instead of blaming ourselves, our family, or our environment, we have a wonderful opportunity to practice compassion and to recognize that while we were probably simply doing our best at the time, we now have the opportunity to do better by virtue of being more aware.

And our children? They’ll learn by watching us! 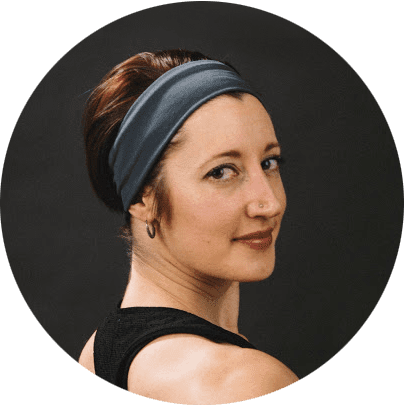 About the author:  Fabi Marier

Fabi is the Regional Director for Eastern Canada of the Body Positive Fitness Alliance Affiliated Professional. She's a Certified Personal Trainer and Kettlebell Instructor, as well as a Certified Mindset Coach and Precision Nutrition Level 1 Coach. Trained as a dancer for many years, Fabi’s quest for strength came as a means to deal with the challenges of chronic injuries, and a desire – both for herself and the women around her – to reject societal pressure to always become less, and to strive to be more instead. As a mother and stepmother herself, she wishes to inspire the younger generations to embrace life with full strength – body, mind and soul. Learn more about Fabi on her website, Wholly Fabi, and connect with her on Facebook, Instagram and Twitter.
VIEW BIO
|
READ MORE ARTICLES