The Do's, Don'ts, Why's and How's of Cutting Weight for Strength Sports 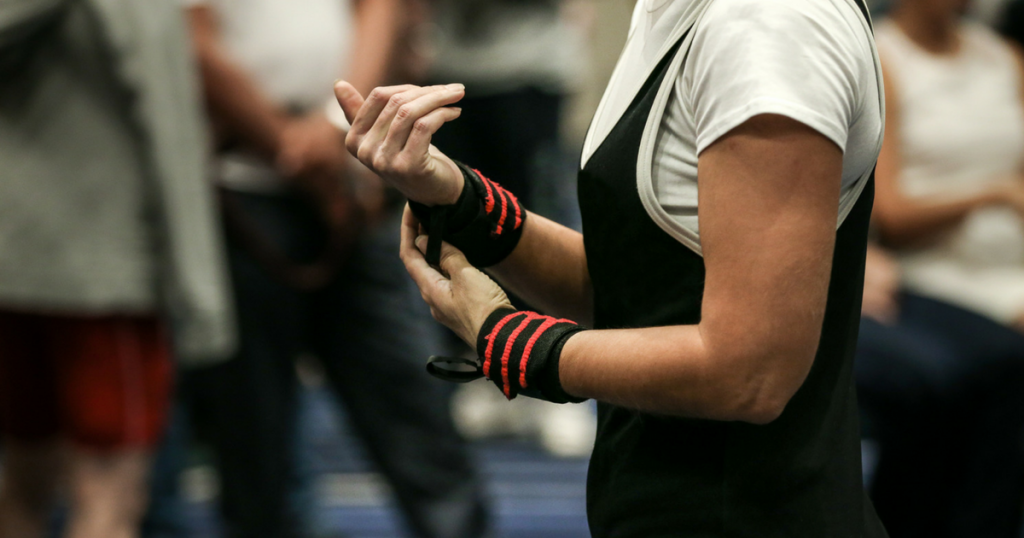 The process of cutting weight can be confusing, overwhelming, and discomforting if done improperly. It can come with negative health effects and adversely affect your strength. But cutting weight is a big component to the strategy of strength sports and when done properly can be very advantageous, and an otherwise seamless and pleasant process.

Weight classes put competitors on an even playing field, as lifters go against people their size. Sometimes, the difference between first and second place in a competition comes down to body weight and at that point, the advantage goes to the competitor who weighs less. In order to get an accurate picture of relative strength to body weight, body weight is factored into the formula used for overall scoring, called the Wilks coefficient. In other words, the less you weigh and the more you lift, the higher your Wilks score will be.

Although weight cuts aren’t for everyone, it is beneficial to know when and if you should cut weight, how to implement a safe weight cut, the side effects of cutting weight, what happens after weigh-ins, and what weight class is optimal for you.

In order to help me get the facts straight, I reached out to registered dietitians and powerlifters Mike Perkins and Tiffany Ma, to help set the record straight on the do’s, don’ts, why’s, and how's of weight cutting for strength sports.

When You Should Cut Weight

Both Perkins and Ma have competed in a cumulative eight powerlifting meets in the USAPL and USPA federations and as registered dietitians share a passion for helping others sustain a healthy relationship with food and their bodies.

Ma has cut for three of her meets and Perkins has cut for two but neither decided to do a weight cut for their first meet. They say first meets should be done for fun because competing is already overwhelming and thinking about cutting weight can be very intimidating.

So when should you cut weight? 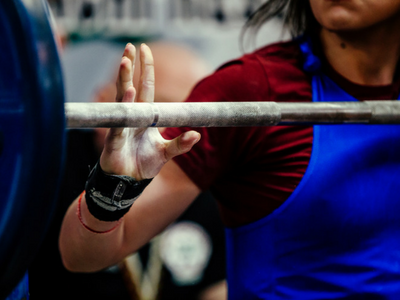 It all comes down to your short term and long-term goals, according to the dietitian duo. “An athlete who is competing for the first or second time, or just competing for fun should not cut weight,” Ma and Perkins say. “An athlete who is competing to win a specific weight class, aiming for a specific Wilks score, or trying to qualify for a national/international meet will need to consider if a weight cut will be necessary.”

They go on to say that generally, and in their opinion, athletes at the amateur level should not be cutting weight. They should be maintaining their weight class while focusing on healthy food intake.

“Some lifters could be avoiding their true potential if they restrict themselves to one weight class,” they say. “If an athlete finds they have been plateauing for many months in one weight class, it may be time to experiment in moving up into the next weight class.”

How to Implement a Safe Weight Cut

Ma and Perkins say cutting weight is very dependent on an athlete’s goals. Personally, they both like to sit only about 2-3 percent above their respective weight classes and cut around 1 to 1.5 weeks out from the meet. While this isn’t the case for everyone, they believe a less drastic weight cut will enable them to keep their strength up while dropping the necessary poundage to be the most competitive in their weight class.

“We usually do not cut calories,” Ma and Perkins say. “A short term weight cut doesn’t need to include cutting calories because you will see little to no actual fat loss. The goal in a short-term weight cut is to manipulate body fluids. If someone only needs to cut 1-2 percent body weight they may get away with a simple water load. If they need to cut a little more they may consider manipulating sodium and food bulk. Still, if someone needs to cut five percent or more, they will then have to consider cutting carbs.” 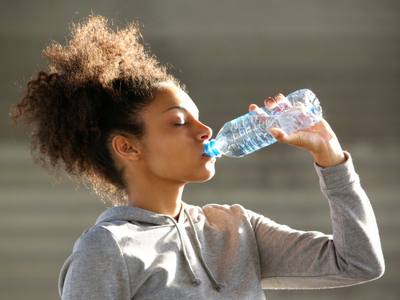 Water loading involves drinking an amount of water that is significantly more than you would consume on an average day. The principle behind water loading is that as you consume more water your body is expecting more fluids so it will continue to flush out what’s in your system. Therefore, when you cut the water right before the meet you’ll still be ridding the body of excess water (a.k.a. excess weight) without replenishing it until after weigh-ins.

They typically recommend cutting carbs as a last resort because this has the most negative effect on performance. Seeing as carbs retain water though, it is the logical next thing to go. What most people often overlook during a weight cut is the change in sleep, training, and stress management that has to be taken into account as a result of a changing diet.

“We make sure to take the week before a meet super easy on our bodies and minds—relaxing more and not planning any events,” Ma and Perkins say. “We train our bodies to get up around the time we would have to weigh in and we ensure we get at least eight hours of sleep. The human body tends to hold onto weight if sleep is reduced and stress is high, so that is of the utmost importance.”

What Are the Potential Side Effects to a Poor Weight Cut?

Generally speaking, you want to compete in a weight class where you only need to manipulate body fluids. While doing this though, you run the risk for potential negative side effects, especially while training intensity is high.

“A fast or poorly performed weight cut may result in a significant decrease in performance and, even worse, significant health consequences,” Ma and Perkins say. “For example, someone who is drinking too much water and not consuming enough electrolytes could find themselves in a hyponatremic state.” Hyponatremia, they explain, occurs when the level of sodium in the blood is low, and results in lethargy, headaches, confusion, and in extreme cases, death.

We would recommend an athlete not to cut weight if they lack the confidence in the process. Why risk poor performance or even bombing out of a meet after weeks upon weeks of training? — Tiffany Ma & Mike Perkins

This is one of the biggest mistakes they see people making when it comes to cutting weight — poor timing of the manipulation of sodium, water, fiber, etc. The second is what people choose to eat post weigh-in.

What Happens After Weigh-Ins?

It depends on how long the athlete has to replenish their nutrient stores. Some federations have a two-hour weigh-in window, some have anywhere from 12 to 24 hours. Ma and Perkins say that generally, athletes who have two-hour weigh-ins are at an increased risk for negatively affecting their performance.

“You don’t really have a full two-hours post weigh-in to replenish,” they say. “Unless you are first in line, there is going to be a wait time once weigh-ins begin. An athlete should also factor in the amount of time they will be taking to warm-up. This could significantly reduce the amount of time an athlete has to replenish before stepping on the platform.”

While there isn’t a one-size-fits-all recommendation when it comes to what to eat post weigh-in they say you generally want to reach for foods you normally eat, you don’t want to try eating something your body isn’t used to as that could spell disaster on the platform, and you want to make sure you are getting fast digesting carbs and protein to give you energy and sustained satiety.

There are some crazy things you see people eating in the warm-up room like burgers from fast-food chains, cookies, cakes, and even mustard straight from the bottle. As long as you’re consuming something your body is used to and you know you can perform well on, munch away.

What Weight Class Is Optimal for Me?

Deciding on a weight class is largely dependent on your body type, ability in the sport, goals in the sport and, ultimately, where you feel most comfortable. Ma and Perkins say it’s very dependent on the athlete’s age and experience.

“A teenage or junior athlete should allow their natural growth dictate which weight class is best for them and someone who has only been training for a couple years should also give themselves some more flexibility in determining what weight class suits them best,” they say. 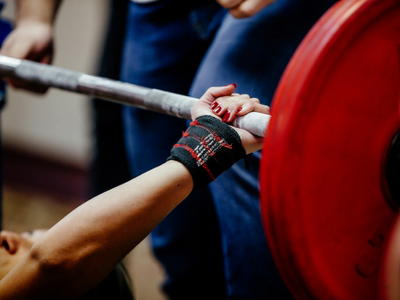 Floating around the Internet are resources that will calculate your optimal weight class, but at the end of the day it’s your decision. If you don’t like even thinking about cutting weight then never do it. If you want to boost your Wilks score and become really competitive you might have to think about it. It’s most beneficial to use your best judgment, and if you have questions Ma and Perkins say to seek out a dietitian or sports nutritionist to work with so that you can make sure your weight cut is safe and most optimal for your goals.

Think about the pros and cons of cutting weight before you decide to jump with both feet. Altering your weight for a weight class sport can be tricky and sometimes frustrating but at the end of the day it’s for a specific goal — getting on the platform as the most competitive athlete you can be. 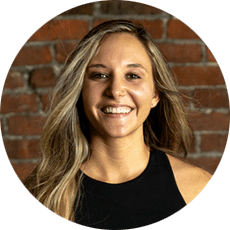