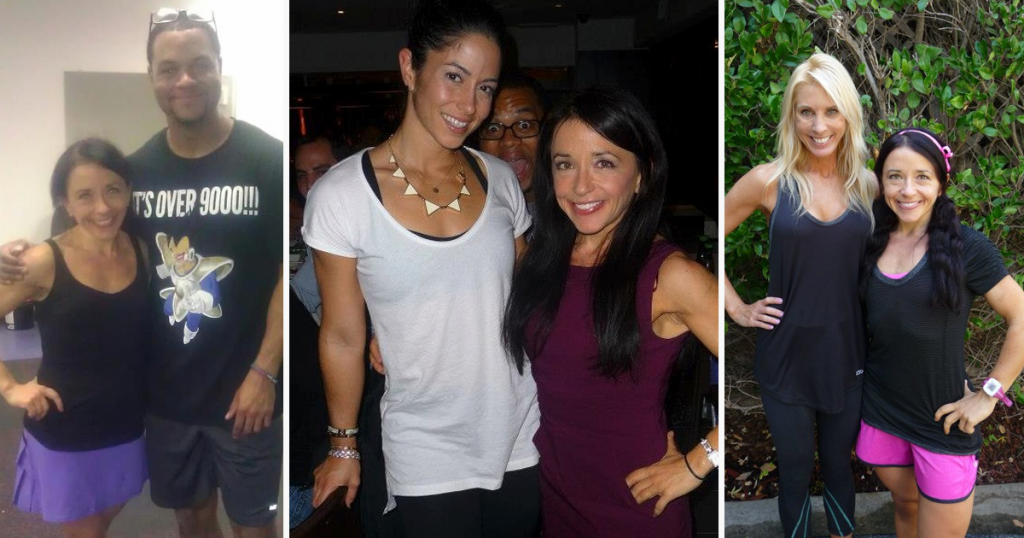 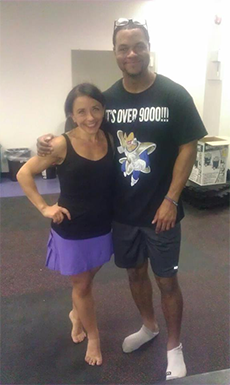 Name:  Gráinne Murphy. My best attempt at writing that phonetically is Grawn-ya. Not Grainy!
Age:  Can we just say 30s?
Location: Canada

What does being a GGS mean to you?
It’s hard to put into words. I love this community for giving me so much more confidence and encouragement. I love strength training and being a GGS for providing my meditation (I can’t be worrying about things if I’m counting and concentrating on not falling) and mostly for making me feel like a more capable person in and out of the gym. I get to achieve goals, even small ones, regularly. That feeling of succeeding makes for an altogether happier life.

How long have you been training?
About five years. But I started with walking, then some yoga, then running then some bodyweight stuff before discovering dumbbells, Valslides, kettlebells and eventually the barbell! Now I end up incorporating most of them into my programme. 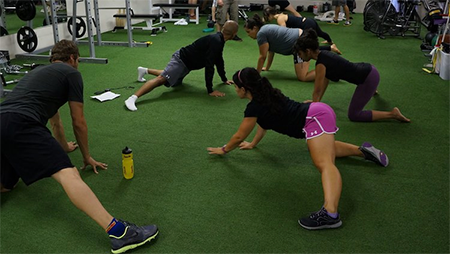 Most memorable PR:
The first time I did a trap bar deadlift of twice my bodyweight. I was so excited! I may have girly clapped and squealed. Followed by my absolute shock when I managed to do a chin up for the first time.

Top 5 songs on your training playlist:
I don’t think I’ll win prizes for this, but: 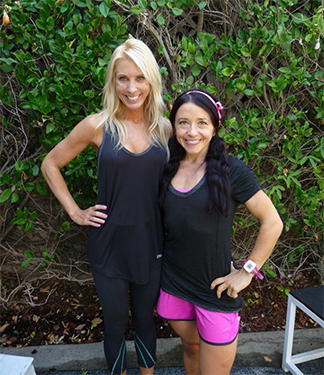 Top 3 things you must have with you at the gym/in your gym bag:
Valslides, Gymboss timer, my Merrell barefoot shoes

Most hilarious pick-up line you’ve heard at the gym:
I quite enjoyed “nice core strength!” which was accompanied by a wink. Or the guy who sat watching me do barbell hip thrusts for a while before deciding to strike up a conversation.

Favorite post workout meal:
I eat such strange stuff sometimes. I like to make this kind of smoothie with canned pumpkin, protein powder, almond milk and maple extract or pumpkin spice. I may throw in some egg whites +/- some chia seeds. I’ll blend it up and eat it warm from a bowl with a chopped apple and some walnut pieces, goji berries and cacao nibs. I often have it on some wilted spinach! It’s actually pretty good comfort food. If stuck for time? Fruit, cottage cheese and nuts. Yum.

Favorite way to treat yourself:
I love going for a massage or facial! If money is tight, as it often is, I’m also really happy just going for a walk to some nice spot and sitting down with some absorbing fiction and a big mug of coffee.  And probably some dark chocolate.

Favorite book:
Just one? Hmmm. I think people just list out books they think make them look good a lot of the time. If I want to read something that will definitely make me feel good however, I read David Sedaris. I’ve met him at signings twice now and he’s so lovely that I’m now even more of a fan. 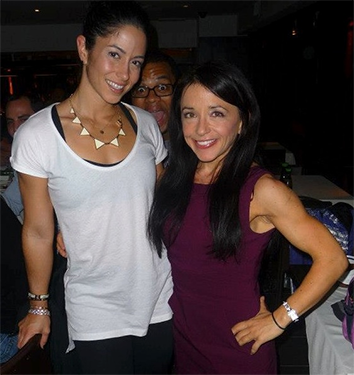 What inspires and motivates you?
The women of GGS! Really, they do. I see what I could potentially achieve with work and get new ideas. My motivation also comes from just wanting to be better. I like getting to learn new skills, improve my form and increase my load. All those little wins keep me going. And it’s kind of impossible to run out of things to aim for or new things to try. It’s like playtime. If I’m really struggling, a class (e.g. at Bang Fitness in Toronto) will provide an extra push.

What’s the coolest “side effect” you’ve noticed from lifting heavy?
Well, a few years ago when I started running I gave myself a pelvic stress fracture. I ended up having a Dexa scan which showed low bone density in my spine. Not being able to run was kind of what started me into weights but only really started working on the heavier lifts relatively recently. The last time I went back for a rescan, my bone density had improved. Significantly! The endocrinologist was actually pretty baffled. It was an improvement equivalent to the patients they had on a drug trial. Can I prove it was from the heavier weights? No. But it was the only thing that had changed between tests. And thinking about my bones will get me under the bar on even my laziest days!

Next training goal:
Go from chin-ups to pull-ups! I also want to work more on bodyweight things. I had taught myself pistol squats but then forgot about them so want to get really really good at them. I should also work on front squats again. And double kettlebell work. It’s one of the fun things about training actually. There’s always a new project!

Three words that best describe you:
Short, chatty, persistent (and a wannabe badass)

What do you want to say to other women who might be nervous to start lifting heavy?
If they’re really nervous? They don’t have to start with super heavy. Start with the movements: squats, lunges, deadlifts… Gradually add a little bit more. Every time you add a little bit to the bar, you get more confident. Your body and your strength improve faster than you’d anticipate! Maybe try a class, go with a friend, or hire a trainer if you are really hesitating or just starting. It’s fun, social, and there’s somebody to encourage and check form.