How To Do A Kettlebell Snatch

Master Proper Form to Build Full-Body Strength, Improve Endurance, and Reduce Your Risk of Injury With the Hardstyle Kettlebell Snatch
By Damali Fraiser 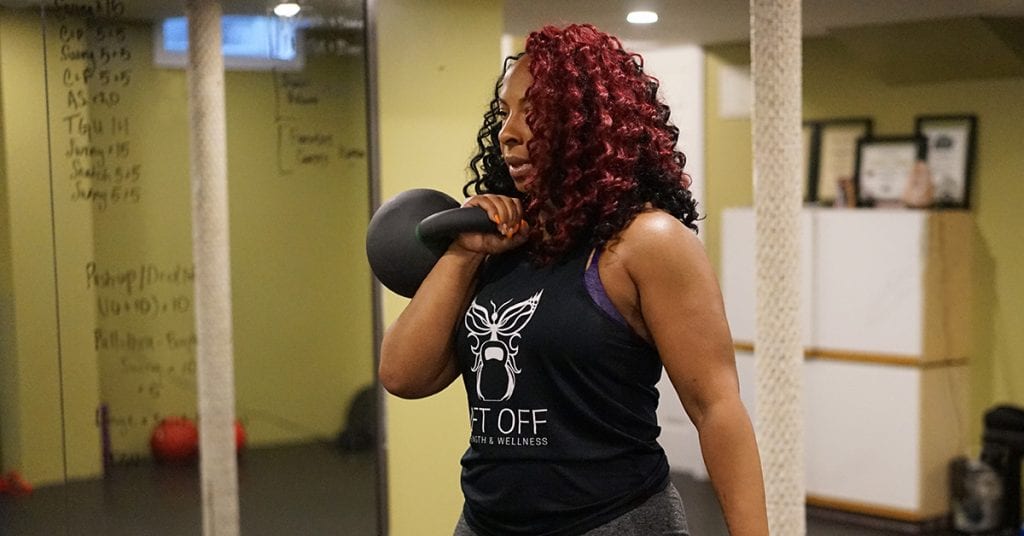 While kettlebell exercises as a whole look impressive to many, few strength training exercises look and feel as powerful as a well-executed hardstyle kettlebell snatch.

Witnessing the float of the bell propelled by a powerful hip snap, followed by an almost effortless-looking overhead lockout, then a graceful backswing — you may have already asked yourself…

Wow, this looks really difficult — is it?

How strong do you have to be to do this?

In this article, I’ll walk you through:

What Is a Snatch?

The kettlebell snatch is a movement where, after its initial hike, the kettlebell travels in a short upward arc with a bent arm and is stabilized overhead with a straight arm (lockout).

The kettlebell snatch is a great tool to build:

While you can get these same benefits with one-handed kettlebell swings (especially heavier ones), snatching amplifies the muscle activation required to stabilize your body against two different motions: the forward pull of the kettlebell and the twisting created by the bell being off-center.

In terms of kettlebell training, there are two main styles: hardstyle and Girevoy Sport (GS).

In hardstyle kettlebell training, the goal is to achieve as much strength and conditioning possible in the shortest period of time. This approach intends to boost the cardio workload and intensify effort by moving quickly from tension to relaxation and back, making every phase of every rep maximally challenging with the given weight. This style will definitely get your heart rate up!

GS is a power-endurance sport that requires athletes to work under a submaximal load, lifting their kettlebells for as many repetitions as possible in a given time frame. The movement is much more relaxed, as the intention is to be as efficient as possible during long cycles of repetitions.

In this article, we’ll be focusing on the hardstyle kettlebell snatch.

Learning to Snatch: What to Know First

While you may be very excited to delve into the kettlebell snatch, there are a few prerequisites you’ll need to master prior to snatching (especially if it's your first time working with kettlebells!).

As I mentioned, the one-arm swing trains similar stabilization as kettlebell snatching. It requires you to counter both the forward pull and the twisting motion of the kettlebell.

Being proficient in resisting these motions is necessary to eventually execute the snatch in a safe manner.

Always make sure you can stabilize the bell in the overhead lockout position first. The lockout is a great kettlebell exercise on its own, and practicing overhead carries with a packed shoulder and a neutral wrist is a perfect way to build the shoulder stability needed for the kettlebell snatch.

To check your lockout, bring the bell up and into the overhead position with one arm. Carefully open your hand with your fingers up. The bell should be resting deep in your palm.

Always practice your lockout with overhead carries before moving to a heavier kettlebell for your snatch. 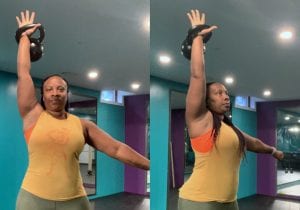 Training with kettlebells is a surefire way to develop hand calluses. To avoid unnecessary rips, practice having a nice hold without over-gripping.

Start with the handle in the hook of your fingers. Work on bypassing your calluses on the way up, and have your hand open at the top of the snatch, with the handle deep in your palm for the lockout. 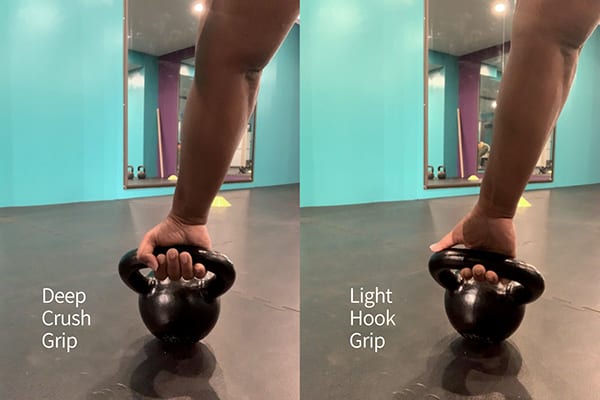 Before you’re ready to perform the snatch, make sure that you can hike, clean, and press a kettlebell. Safe execution here is essential to learning how to groove movements properly.

4 Steps to Mastering the Kettlebell Snatch

There are four steps to achieving a well-executed hardstyle kettlebell snatch. This is a case where practice makes perfect, and you can use the first three drills to refine your technique even when you’ve started training full kettlebell snatches. You can also incorporate them into more intensive kettlebell workouts.

The mid pull helps you “tame the arc” to keep the bell closer to the body than what you’d see in a one-arm swing, where the arm holding the kettlebell is fully extended at the shoulder. With this drill, keep your elbow close to your body to ensure that the kettlebell isn’t casting out.

Start with your feet shoulder-width apart and the kettlebell in front of you. Hinge at the hips and hike the bell. Then, as you begin to snap your hips, pull the bell close to your body and keep your elbow attached to your rib cage.

Each mid pull finishes with the bell floating and your arms bent at a 90° angle. Then quickly re-hike for the next rep.

Step 2: The Punch Thru

Also called a “horizontal snatch”, do this with a very light bell. If you’re a martial artist, it’s time to get excited: This is literally a punch or strike (i.e., a very quick movement that you finish by locking out your elbow).

Start like the mid pull, moving into a hip hinge and hiking the bell back. Then, as you begin to snap your hips, pull the bell close to your body and keep your elbow attached to your ribcage.

Here’s where the punch thru magic happens: The moment you finish your hip snap with a tension breath, punch your fist out, going from a bent elbow to a straight arm.

When you perform the punch thru, it’s important to keep your shoulder packed, initiating the final movement from the elbow.

While the high pull is an exercise on its own, it’s also a fantastic drill to master before moving on to the snatch.

Go into your hip hinge position, hiking the bell back and forcefully snapping the hips as the kettlebell describes its arc. Instead of keeping your elbow glued to your side, let it move up and slightly back, as if you were trying to elbow someone standing behind you.

This movement is very quick, and the bell should float when the elbow is high by your ear. Then quickly re-hike for the next rep.

Pay extra attention to your grip during the high pull: Use a hook grip and avoid squeezing the handle too tightly as it will restrict the natural movement of the bell.

Remember that the bell should be floating up thanks to the momentum created by the hip snap — you’re not muscling the kettlebell up!

Working with the progression drills above, the hardstyle kettlebell snatch is essentially a combination of the high pull and the punch thru. You’ve made it to the finale!

How to Do a Kettlebell Snatch

Start by hinging at the hips, and then hike the bell back. Snap the hips with a powerful tension breath as you keep the arc of the kettlebell close to your body. As the bell floats by your ear, punch the bell in an upward motion toward the ceiling.

This should bring you to a solid overhead position, with the kettlebell softly sitting on your strong, straight wrist.

Can't get enough of kettlebells? Check out these 4 kettlebell deadlift variations.

Common Errors in the Snatch

There are three common errors you should be aware of while practicing the kettlebell snatch.

If you’re casting the bell so far out from your body that it’s starting to resemble the arc of a one-armed swing, then you haven’t tamed the arc. This can lead to the bell banging into the back of your forearm and wrist.

To correct this, go back to practicing the mid pull and focus on keeping your elbow close to your body.

Over-gripping the handle can be rough on your hands, cause the kettlebell to swing into your forearms and wrists, and slow down the movement of the kettlebell through the punch. If you find yourself over-gripping or using the deep crush grip, practice your hook grip until it feels natural.

At the top of the movement, punch upward — think about reaching up and through the kettlebell window. Punch confidently and quickly to ensure the bell has a soft landing on the back of your forearm and wrist.

Once you’ve mastered the one-arm kettlebell snatch, you can start exploring more advanced snatch variations — but safety comes first. The goal is to perform each snatch without banging the wrist or jarring the shoulder.

Remember: These are all advanced skills, and you shouldn't start off with a heavy weight. Start slower with a lighter bell before advancing to faster and heavier.

Use two bells (at least one size lighter than your one-arm snatch size) and snatch both simultaneously.

Follow the same steps for the snatch with one difference: After the pause at the lockout position, slowly pull the bells down to the rack position, then re-hike from the rack. This is much safer due to the added load.

In the tactical snatch, you’re switching hands during the snatch! Take advantage of the moment when the kettlebell floats during the high pull to switch hands, finishing the punch thru on the other side.

The tactical snatch is super fun, but definitely an advanced full-body drill.

Step back into a lunge while bringing the kettlebell into the overhead position — the snatch is performed on the same side as the leg that’s stepping back. The rear knee should hover one or two inches above the ground.

From the overhead position, drop the bell into the rack position and stand up before re-hiking to start another rep.

Each time you increase the kettlebell size, go back to your checks before you begin practicing the snatch. Always give yourself permission to go back to a previous step so you can make sure you’re practicing proper form and reducing your risk of injury.

In the end, have fun and feel strong! 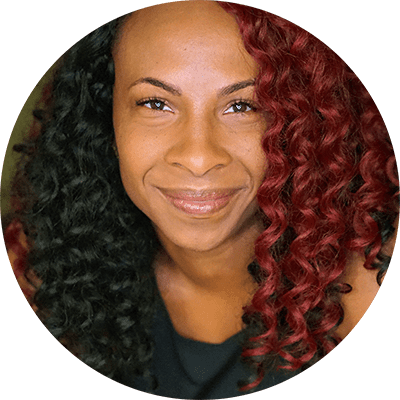 About the author:  Damali Fraiser

Coach Damali is a StrongFirst Certified Level 2 Kettlebell Instructor and a GGS Certified Pre- and Postnatal Coach, and she holds her Precision Nutrition Level 1 and Flexible Steel Level 1 certifications. She owns Lift Off Strength & Wellness, a body-positive kettlebell studio in Brampton, Ontario. Damali is also passionate about Muay Thai, and was the CSC National Champion (+70kg) in 2014. She’s the executive director of SHEspars, a non-profit organization advocating for women in Muay Thai, as well as a Qualified Poo Choi Kru (assistant instructor) and a judge/official for Muay Thai Ontario. She’s a wife and a proud mother of two teenage daughters. You can also learn more about Damali on Facebook and Instagram.
VIEW BIO
|
READ MORE ARTICLES