How to (Truly) Change Your Habits 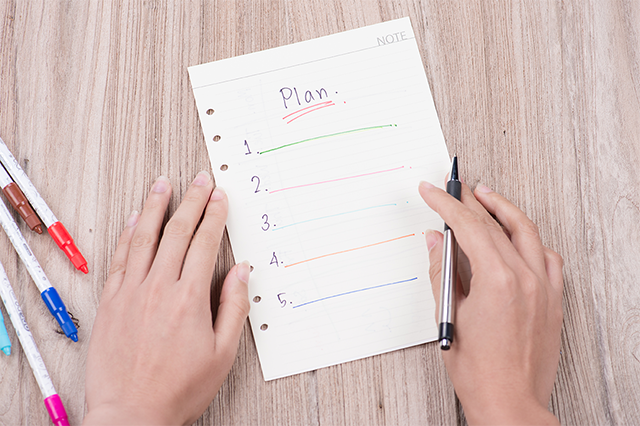 Be honest. What habits are keeping you from what you really want?

Identifying behaviors that are sabotaging your efforts – in detail – is a key step to making real change. Change efforts fail because you don’t realize that you have to be more clear on why you do what you do and how the events play out as you take an action that is not in your best interest.

But, this is not how people try to change.

You simply think, “I’ll just stop _______”, only to end up berating yourself because you did the same old thing again. The real danger here is that you think you’re a failure, when in reality you just skipped a couple of very important steps to making true change.

Understanding the dominoes of how a habit plays out is crucial because you can intervene before they start to fall over.

In my previous article, we determined how to find a specific reminder for a habit by using the, perhaps “new age” feeling, but super effective technique of mindfulness.

Mindfulness is simply being aware of your thoughts, feelings, and actions.

What triggers or reminders did you discover? Was it coming home at the end of a long day that triggers overeating or drinking alcohol? Is it a stressful conversation that makes you want a cookie? What triggers your so-called ‘bad habits’?  And, why does the reminder matter?

The reminder is the first part in the habit loop (to learn more about the loop, check out The Power of Habit by Charles Duhigg). You can’t hope to change the habit, without getting clear on this first step.

All Habits Have Three Parts: Reminder, Routine, and Reward

This loop creates cravings. You get reminded (triggered) and you take an action because you’re seeking the reward. The desire for this reward creates a craving and leaves you on a perpetual Ferris wheel of cravings with no chance of getting off.

Since you've started to strengthen your mindfulness muscle and really see the reminders for your habits, let’s now pay attention to the routine that happens after the reminder.

This is what you do. It’s the action part of the habit. Is it stopping by the wine store or the bakery on the way home? Grabbing fast food at lunch after a stressful meeting? Buying the muffin when you stop for your morning coffee? You take this action because you’re after the reward.

Figuring out the reward of a habit is often the toughest part, however, it’s key because it’s why you do the habit in the first place. It’s the promise of reward that drives you to do stuff not in the interest of your want.

Note: It’s interesting that you often don’t even need the reward to happen to fire up the desire for it, just the promise of it.  You really have to have your wits about you to have a hope of changing it.

An example of this is that you may think you’ll feel more calm, comforted and better after having a sweet treat. The reward you think you’re experiencing is comfort. Although, after you eat it you feel stuffed, sleepy, and really guilty that you caved to the temptation. You may even know that you won’t feel great after you indulge, but the promise of comfort – of feeling better than you do now – is enough to make you give in.

Can you see where you have to really dig into this stuff? Understanding your habit loop (reminder, routine and reward) is key to dropping the dietary habits that aren’t serving you or your goals, because it’s this loop that creates a craving.

The promise of the reward fires up your motivation center and eventually all you can think about is getting that thing. Have you experienced this before? You might even feel helpless to stop it when you’re having one of those serious cravings. Breaking down your habits into these parts makes them way more manageable. As you start to practice it might still be tough, but this is where WILLpower comes in super handy.

Ask yourself, "What am I getting out of this?"

It’s often not what you think. For example, a habit I wanted to break was always having a glass of wine after a long day of work. I thought the reward was relaxation, but I began to realize the wine actually made my anxiety worse as I felt guilty about not sticking to my guns of not having the wine. It threw off my sleep and I felt puffy and tired the next day, which only made me more stressed. I was wanting relaxation, and I thought wine gave that to me, but upon further inspection….not so much.

The real reward I got from the wine was freedom. I sometimes rail against dietary restrictions, even if I know they help me get my want.

Now that you’re clear on the reminder, routine, and reward simply re-work these into new, more supportive habits by changing the routine. You will keep the reminder and the reward the same. Research shows that this is the best way to change a habit. 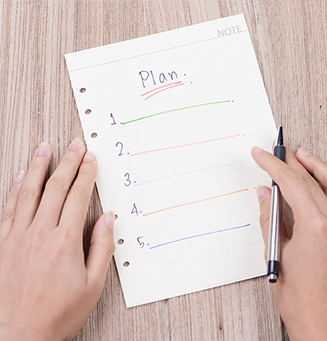 Can’t I just try to not eat the cookies?

Let me ask you: how many times have you lost those 5 pounds (or more) only to have them creep back on? Over and over and over… You’re not alone. Two thirds of women who lose weight on a diet gain it back and more within two years. And, it’s not because you’re a bad dieter, it’s because diets don’t really change you. I repeat, diets don’t change you. You will only create real change by taking a very honest look at how you got where you are, what it will take to get your want and a smart, methodical approach to hacking those habits.

Change does happen, but it’s not always easy. Be the exception.

This is powerful stuff! Now that understand why you’re doing things that aren’t serving you, you can start to unwind them, transform them and dare I say…change!

Need a straight forward process to follow in order to change your habits? In the next article in this series, I give you my tried and true “6 Step Process to Habit Change.”

As you work on improving your relationship with food, refining your exercise habits, and managing your environment and your "decision-making landscape" do you feel like you could use some support? Some guidance and accountability? Do you feel that you would benefit from having access to an expert Coach who can hold your hand through the entire process and answer any question you have along the way? Do you want to go through the process with a group of like-minded women? 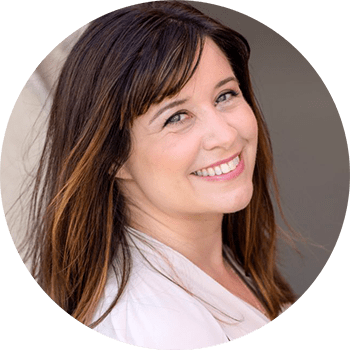 About the author:  Dr. Brooke Kalanick

Dr. Brooke Kalanick earned her Doctorate in Naturopathic Medicine from Bastyr University. Known as “The Hormone Whisperer,” Brooke's balanced approach to health, using both conventional and alternative therapies, allows her to successfully treat patients with Hashimoto’s Hypothyroidism and PCOS as well as other female hormone imbalances. Learn more about Dr. Brooke on her website and connect with her on Facebook and Twitter.
VIEW BIO
|
READ MORE ARTICLES