How Strong Can a Woman Get, Really? 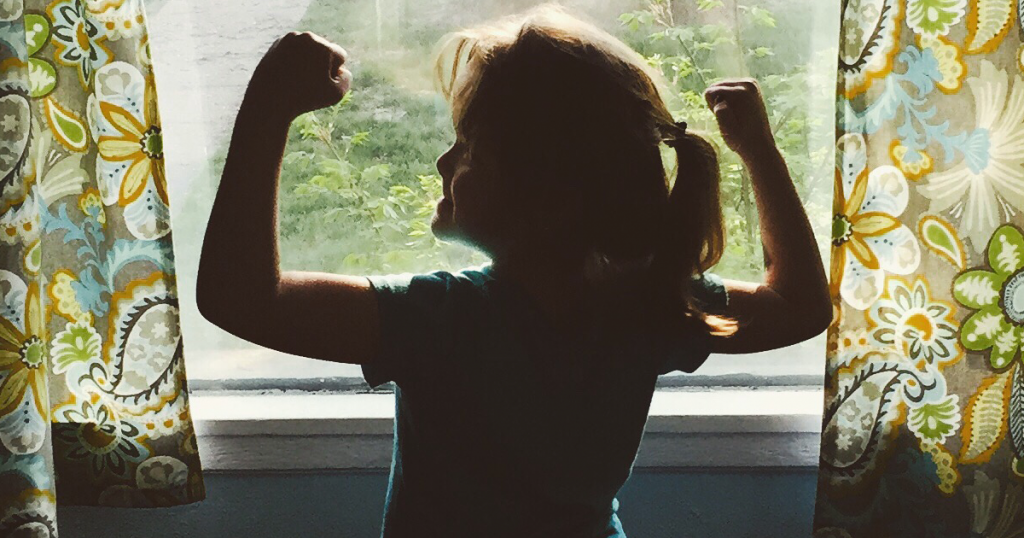 "Men are just stronger than women. It's just a fact."

Well, is it now? This article aims to take a case with common misconceptions and facts regarding women’s ability to get strong and how strong they can get.

At a young age, I learned about a glorious (and a soon-to-be frustrating thing) called "weight class." Man, did I love elementary school. I could bully the bullies, guys were all my size, and the playing fields leveled. Sports were a genuine co-ed experience, and I was ambivalent to being desired or seen as a conquest. I was an unapologetically feisty girl, able to pound the crap out of mean boys who made fun of a nerdy or overweight kid. I felt like a damn superhero.

Then, we all got older.

Grow spurts and puberty changed the playing fields. I went into it naive and quickly realized how little and weak I was compared in size to them. To this day I pay much respect to size and weight class because when you find yourself on the losing side of someone's 70-pound advantage, no amount of gumption matters.

In physical trials you need size, strength, and smarts — and even then, you might not come out on top.

What does all this bemoaning about weight class have to do with how strong a woman can get?

In our society, strength is relevant to our comparisons, especially when comparing women to men. It shouldn't be, but in the context of this article, why talk about how strong a woman can get without talking about one of the main reasons it's discussed in the first place? Articles discussing the strength abilities of men often focus on strength whether or not steroids are involved, and culminate with lessons in continued optimization. It is already assumed that men can be strong; what is debated then is how strong they can get.

For example, it's assumed a guy can help you carry a couch from one home to another. What might be debated with regard to his strength is whether or not he can lift a car off a helpless victim. In a gym setting, the average Joe lifter might be told he should be able to at least load 225 pounds on a bar, while the average Jane lifter is overwhelmingly advised to just stick with the bar, regardless of each one’s height and weight. Generally, it is assumed that the point of lifting for women isn’t to get strong at all, but rather to stay pretty.

How strong a woman can get is rarely up for debate. Society doesn’t assume women can be strong, and even if some people believe in women's physical strength, it's always to a judgmental "lesser degree” than their male counterparts. It's culturally assumed that women are weaker and that if we can get strong, it’s pitiful compared to men.

The truth is that strength isn’t black and white. One of the biggest lies we've been told regarding a woman’s strength abilities is that she could never be stronger than a man.

It's Really Pound For Pound 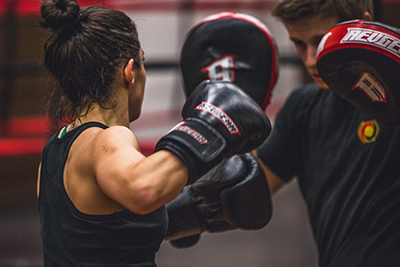 For example, take a collection of the most pragmatic men with regard to the possibilities of absolute strength: professional fighters. The good ones learn very quickly that weight (and within that weight, body types and body composition) is crucial in leveling the playing field. These are small variables that along with skill — not to mention good old-fashioned fear, placebo effect, and timing — can make or break a champion.

People celebrate Michael Phelps, and yes, he is incredibly good at what he does, but his weight, body type, and numerous genetic factors that he can't control, provide Phelps an edge. Katie Ledecky, four inches shorter and 40 pounds lighter, with less overall muscle mass, clocked the same prelim time on the 400m freestyle.1 This isn’t to suggest she could be him, but it’s impressive nonetheless. It’s as impressive as other smaller men and women who have almost caught them both in a race. The average height and weight of high-level athletes mean everything. It's why, when people are cheering about impressive athletes, it’s important to look past it and take into account a host of factors that shift appreciation of the athletes themselves to appreciation of their hard work and efforts.

Society has barely begun to see the full reach of women’s strength potential.

People scoff at the notion that Brienne Tarth of Game Of Thrones (portrayed by Gwendoline Christie) couldn't be a realistic hero, but I beg to differ, my friends. She is six foot three and solid. Maybe she wouldn't make an NFL offensive tackle look like a rag doll, but most men couldn't either. Six foot three is not an average height for men or women. I would not want to be punched in the face by the end of her sword handle and most men wouldn't either. In short, she is a very realistic and capable hero in the world in which she battles.

What does the science say?

One caveat before diving in is that there are some noted differences between sexes in hormones and muscle fibers, especially in the upper body. However, those are not as dramatic as the interpretation of research often suggests, especially when looking at sample sizes.

Let's look at muscle fibers in general, for instance. Muscle fibers are different between sexes, individuals, and even within an individual’s body.2, 3 Genetic differences, however small they may seem, play a much larger role than we realize in the literal shaping of a body.4 This is why comparing yourself to a five-foot-eleven woman when you're five foot two is not realistic.

When we look at how men and women respond to resistance training we see in some areas growth response is very similar.5 We also see that it isn't just growth gaps between men and women, but also when individuals of each sex are compared within themselves. In short, it's not just, "Men always grow muscle easily, and women can’t grow muscle." It's more like, "Some men grow muscle easily, and some don’t. Same goes for women." When we stack size, weight, nutrition control, and the similar fiber types — oh wait, we haven't done that.

Where does that leave us, then? It leaves us having to read between the lines in a lot of the research. Keep in mind that men are the most commonly studied subjects in hypertrophy and strength research, and even then, they are often not properly controlled.

Women can go longer, and be faster, bigger, and stronger.

Here’s a notion you might not have thought of yet that could inspire you to build strength:

Bigger is stronger, and even then only technically — and even then, there are still exceptions to the rule. Let’s look at the science using some common sense rather than the lazy generalizations we've accepted as fact for too long.

Size matters more than biological sex.6 It matters that men, on average, are bigger and not only in fat mass but mostly in muscle mass.7 But, guess what? It isn't about them in the first place. I know it may seem a contradiction to say it isn't about men when a large part of this article has been about them, but we can't ignore the elephant in the room.

I can't drive home this point strongly enough — if you strength train, you are already ahead of the majority of the population. Your ability to get strong, even naturally, is exceptional. Keep these things in mind:

So, how strong can a woman get, really? In arriving at an answer, size matters, but the belief in what you can do matters the most. 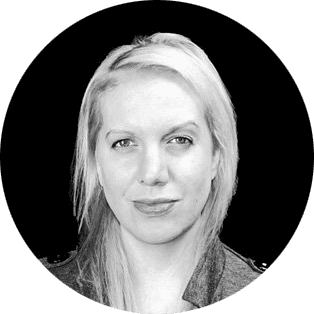 About the author:  Leigh Peele

Leigh Peele is an internationally published author, has a growing collection of vowel words for crossword puzzles, and currently holds a certification from the National Academy Of Sports Medicine. She specializes in body composition solutions (both mentally and physically) and credits her success in the industry on her ability to keep asking, "Why?" Learn more about Leigh on her Website and connect with her on Facebook and Instagram.
VIEW BIO
|
READ MORE ARTICLES