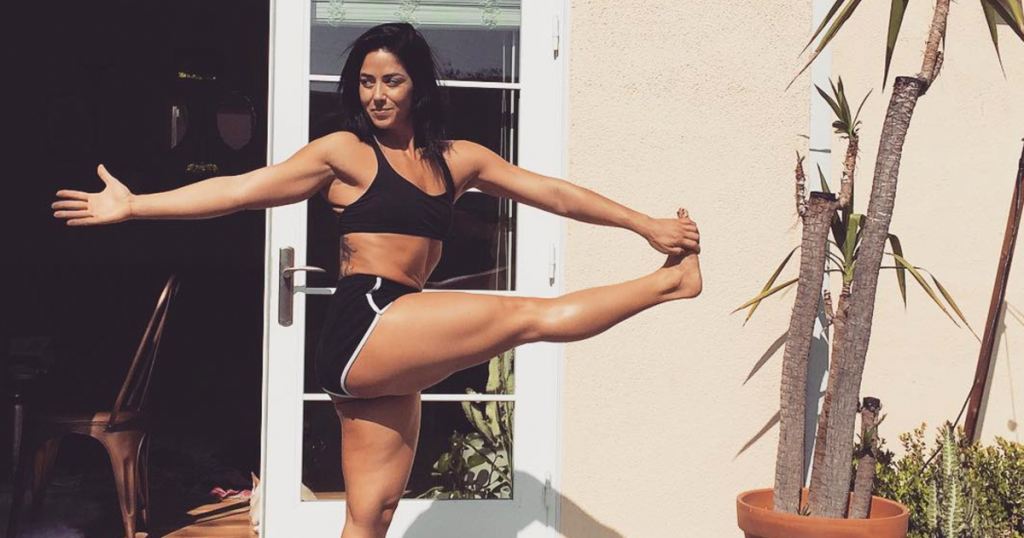 There I was at the pool, reading a good book, soaking up some much needed vitamin D, and doing my best to enjoy a beautiful summer day, when I overheard a conversation that left me feeling triggered.

I’d forgotten my headphones, which means I couldn't help but hear most of the conversation going on between the ladies seated next to me. They were discussing a woman they know who's recently become a competitive bodybuilder, and the word they kept using was “scary.”

"She’s too muscular, and she looks so scary."

"She looked good before the gain phase, when she lost those 20 pounds — but now she's just scary." 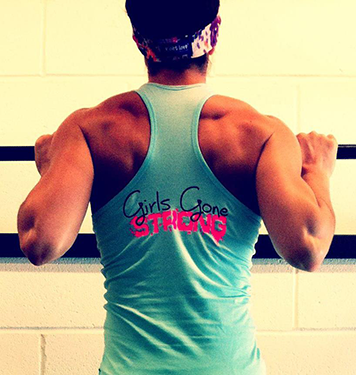 Scary. They kept saying it over and over again, and being a girl who’s been through the body image ringer, triggered is the best way to describe how I felt. I kept to myself as it wasn’t my conversation upon which to intervene, but I wanted to ask, “Are you really scared of this girl because she's muscular?”

She’s chosen to cultivate a different body type than what you find aesthetically pleasing, and your response to that is to call her scary?

I’m not going to lie to you, as stoic and chill as I try to be when dealing with situations relating to body image, this made me angry. My heart went out to this woman, whoever she was, as I know what it’s like to have your body scrutinized and criticized.

You know what I find scary?

Murderous, talking dolls, ghosts who pull you into the television, monsters with knives for fingers who kill you in your dreams, and creepy killer children who murder all of the adults and worship the demon in the corn stalks.

I'm scared every single time my baby boy gets on a plane by himself to visit his dad across the country. I’m scared when I turn on the TV and see news coverage of genocide and war. I’m scared when I’m woken up by an earthquake, but I'm not afraid of muscular women.

The reality here is that bodybuilding is not a source of fear — it's a sport.

If it's not "for you" that's totally cool and completely acceptable. I’ve never been keen on the sport of bodybuilding myself, but I highly respect the discipline and hard work involved. You don't have to want muscles for your body, and you don't have to necessarily find it attractive.

From where I stand, this isn’t about fear at all. This is about the fact that in today’s world it has become far too acceptable for humans to comment negatively on the state of other human’s bodies. At the root of it, this is about body shaming, and all of the many packages in which it comes these days.

I walked away from that experience without judging these women for their comments — that only compounds the issue, doesn’t it? They were likely unaware of the damage their words could do, and were merely acting within the confines of our current social construct.

Unfortunately, this sort of conversation is so commonplace that even those of us who are fighting the war against body shaming can find ourselves commenting on other people’s bodies from time to time.

And yes, I was initially triggered, but after processing those negative emotions I found that I felt inspired. When you see how much work there is to do in the world you can either become discouraged, or you can use your energy and resources to spread more positive energy into the world.

We have a choice: Will we sit back and let the world continue to judge our bodies and determine our worthiness, or will we stand up for women everywhere and be a part of the solution?

None among us can single-handedly put an end to body shaming, but together we can create a world wherein body shaming is not accepted and is not the default. We can shift our focus away from our triggers and toward the things we can do to initiate change. 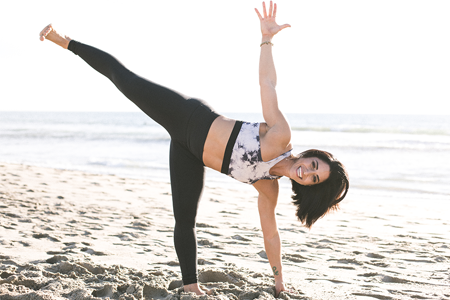 What I can do is write about it and bring awareness to the issue. I can educate others on the ins and outs of body shaming and help women step into the power within their own bodies.

What I can do is ask you to keep encouraging the women in your life to love and honor their bodies, and inspire them to stand in their power by being a positive example of strength, authenticity, and grace.

This is important work, and each and every one of us plays an important role. While we each have our own gifts and resources to contribute to the work, there are some things that we can do individually to help shift the general conversation.

Have you ever noticed that when we compliment a woman, it’s almost always about her appearance? My challenge to you is to spend the next week to notice the kinds of compliments you give other women and refrain from giving physical compliments. Instead point out the many ways in which the women in your life add value to the world.

We women are so incredibly powerful and if we can learn to speak to each other more often about our non-physical qualities, we can shift the conversation away from our “scary” muscles and onto our many powerful and valuable attributes.

Let’s use compassion and love over gossip, and curiosity over judgments.

We might not be able to change the way the rest of the world judges women's bodies, but we sure as hell can embrace sisterhood the world over, and stand in our collective power.

The next time you find yourself regarding another woman’s body, pay close attention to your thoughts, your tone, and the words you choose. If you find that negative thoughts come up for, ask yourself why.

Speaking or thinking unkindly about another woman’s body only adds to the myriad obstacles that the modern woman has to face. By using compassion and curiosity, we can learn to show up more fully for other women, thereby reducing the pressure and challenges that many women face today.

Let’s be happy for other women when they experience success.

When one of us succeeds, all of us succeed. Yet, our culture of criticism and comparison has led us to feel envious of the success of others.

By occupying a space of abundance rather than a mindset of scarcity, we can begin to see that there is room for each and every one of us to thrive and soar.

When we do this, we make the sisterhood harder to break—we strengthen our collective resolve to be exactly who we are, rather than who society demands us to be.

Perhaps one of the most powerful things we can do to shift the conversation about women’s bodies is to share our own stories.

When we speak out about our struggles, our experiences, and our healing, we reduce the stigma and the shame that often surrounds women’s bodies. When we stand up and tell the world we love our bodies, we accept ourselves, and we refuse to hide, we make it easier for other women to do the same. 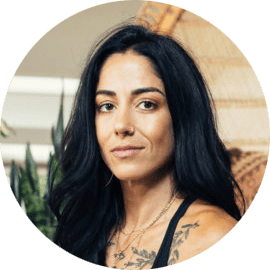