Can You Really Lose Fat and Gain Muscle Simultaneously? 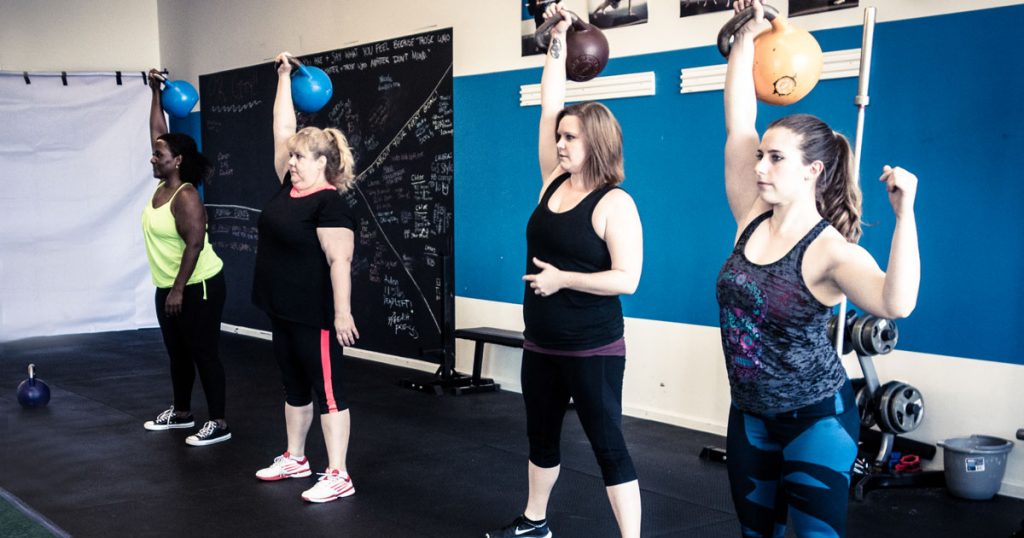 For years, I worked in academic research settings studying the role of exercise on weight loss and weight maintenance. Since weight loss was a primary goal, the most important outcome in these studies was body weight (or what percent of body weight had been lost).

It was in those moments, as women would step on the scale and assess what the number truly meant (about their likelihood of success, progress, even self-worth), where I would do most of my coaching. There would be moments of celebration, vindication, but also of rationalization.

“I’ve picked up my workouts the last couple of days, I must’ve gained muscle.”

For the record, with regard to that last comment above, it doesn’t quite happen like that. While it would be great if gaining muscle were that easy, imagine what the World’s Strongest Man and Woman contests would be like?

The women in these studies weren’t necessarily concerned with getting stronger or gaining muscle. They just wanted to lose weight. Weight gain — any weight gain — was perceived as something negative. They turned to the muscle-gain explanation solely to offset the disappointment over the numbers on the scale.

When I stopped working in academics, my client base became a more fitness oriented one. In this female population, the goals often went beyond just the number on the scale, to a more aesthetic-oriented goal. Body composition and muscle mass mattered, although many clients still didn’t want to necessarily gain weight in order to build more muscle.

And so, the questions would start coming…

“How much muscle can I gain in a week?”
(That depends on a lot of factors, like how long you’ve been training and what you’re eating, for example.)

“Why can’t my body build muscle and lose fat at the same time?”
(It can, but it’s tricky — and again, it depends on a number of variables.) 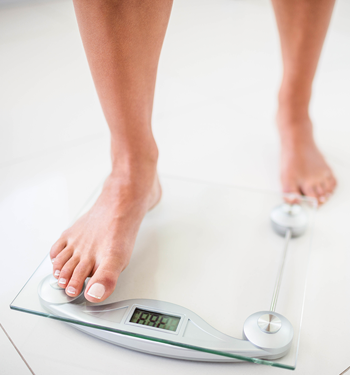 It’s this last question I want to talk focus on, because for many people this is the best-case scenario — weight stays stable while fat mass decreases and muscle mass increases. Some consider this the “Holy Grail” of fat loss.

For many years, most experts and the scientific weight loss literature advised that weight loss inevitably would lead to both fat and muscle loss. That was a fairly easy explanation to grasp.

Again, this is where things get tricky, and the science has evolved over the last several years. More recently, data have been published challenging that long-held belief and showing that losing fat and gaining muscle — simultaneously! — is, in fact, possible. So, what does it take?

Those who are newer to strength training usually have an easier time adding muscle because, well, resistance training is a new stimulus. On the flip side, the longer you’ve been strength training the more difficult it is to build more muscle. It isn’t impossible, but it’s definitely a greater challenge.

On the nutrition front, one commonality among the studies that support this notion — the “Holy Grail” of gaining muscle and losing fat simultaneously — is the quantity and timing of protein in the diet.   A recent study set out to answer the very question of just how much protein is required to have such an effect.

The study, published in The FASEB Journal, specifically looked at three different levels of protein during a calorie-controlled weight loss study based on the U.S. Recommended Dietary Allowance (RDA):

In this study, 39 male and female subjects were first given adequate calories, but different amounts of protein based on the levels listed above. The goal within the first 10 days was to maintain their current body weight, yet grow accustomed to consuming a higher amount of protein. After 10 days, the subjects among all groups followed a calorie-restricted diet along with a supervised exercise program, to elicit an average weight loss of two pounds per week. To control for any confounders among the subjects, researchers provided all meals and supervised all exercise sessions. The entire protocol lasted 31 days.

The researchers found those who ate double the RDA of protein were able to lose fat without losing lean body mass, while exercising during the 31-day study. Interestingly, those who tripled the amount of protein didn’t experience more weight loss than the group doubling their intake. Both of the higher protein groups resulted in a statistically significant weight loss compared to the group eating the standard RDA of protein.

This is particularly important since that change can further help with the maintenance of fat loss since lean body mass itself increases metabolism.

The other piece to this protein question — actually, the most critical piece — is the timing of intake. Yes, protein quantity is important, but protein timing further enhances the likelihood of fat loss and muscle gain happening simultaneously.

There are two components to protein timing that makes a difference: one is the timing of protein eaten throughout the day and the other is the timing of protein around workouts.   Let’s look at the first part of this - eating throughout the day. First, your body is constantly building (protein synthesis) and breaking down protein (protein breakdown) throughout the day. But keep in mind that the body also doesn’t really store protein (like it does carbohydrate and fat), therefore, eating protein frequently is important for long term maintenance of lean body mass. 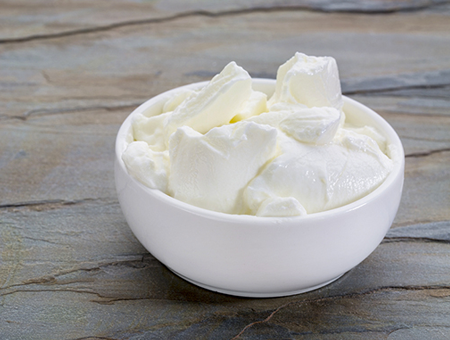 What does “eating protein frequently” look like? A palm size portion — which is about 20 to 30 grams — at breakfast, lunch, and dinner (along with maybe some smaller snacks). To give you an idea, this is equal to about three to four ounces of fish, beef or poultry, or a cup of Greek yogurt or cottage cheese, or three whole eggs plus two egg whites. Note: this is vastly different than how many individuals eat, which is to skip or eat very little protein at breakfast and snacks and over-consume protein at dinner.

Now, the second component is protein timing around a workout. Most research has demonstrated that eating protein before and/or after a workout is effective for building and maintaining muscle mass. Eating protein before a workout makes amino acids from the protein available during the workout to slow or limit protein breakdown. Eating protein after a workout means amino acids will be available to help speed recovery. A typical recommendation is to consume 20 to 40 grams of carbohydrate for 20 grams of protein within one hour before or after a workout. This could be a protein shake, smoothie, Greek yogurt with fruit, or the like.

From the research just mentioned, it showed 1.6 grams of protein per kilogram of body weight is the most effective amount for the reasons discussed above.

When divided into three meals, that comes out to about 25 to 30 grams of protein per meal, plus a couple of protein-based snacks to make up the difference.

Far too often, we see people give up on one or the other before ever seeing the changes they desire. If you want to see the greatest changes in body composition over time, the most important thing you can do is be consistent. This means making sure you are continuing to challenge yourself in the gym and progressing the difficulty of your workouts, as well as keeping your nutrition dialed in.

About the author:  Dr. Kara Mohr

Dr. Kara Mohr, PhD, is an internationally known educator in the area of weight loss, behavior change, and exercise and is co-owner of Mohr Results. She has lectured internationally on the topic of behavior change and permanent weight loss and is a regularly sought after expert source by national publications. Learn more about Dr. Mohr on her website, and connect with her on Facebook and Instagram.
VIEW BIO
|
READ MORE ARTICLES