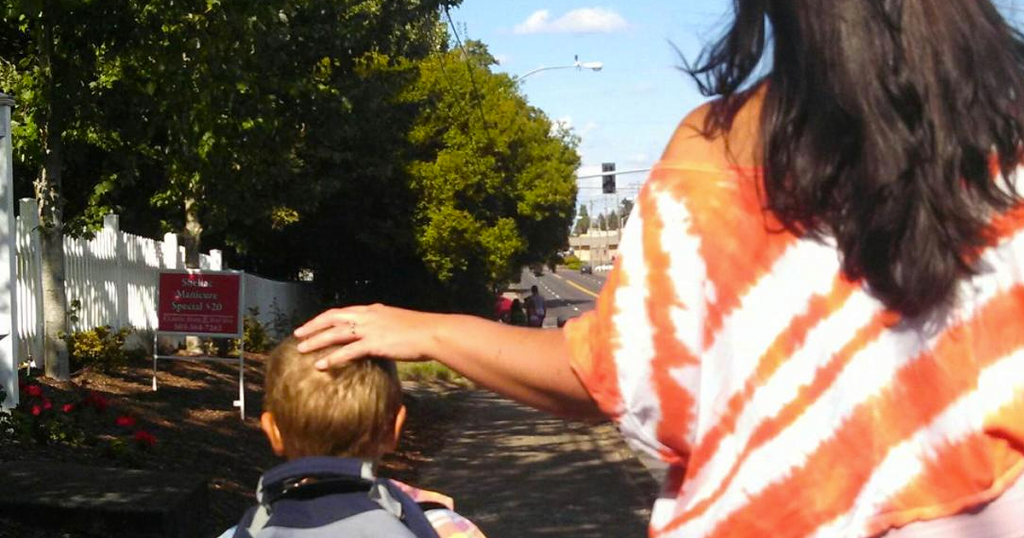 Note from GGS: This article involves the author discussing her sexual assault.

Women come in all shapes and sizes. We are tall and short, stout and slender, slight and muscular. We all have value, and we all have strength. What we might not always consider is that like us, strength comes in various forms, too. In this particular case, I’m not talking about the physical strength many of us are cultivating, but rather our inner strength, our strength of character—a strength that has the potential to change the world.

Our inner strength often comes from the most improbable places. Out of gaping wounds hope can emerge. Our greatest vulnerabilities can provide the biggest opportunities for growth and our chance to make a change.

I had just barely stepped out of the awkward tween years into nubile womanhood and was celebrating and relishing in my new breasts, my smooth skin, and my full hips. I dreamt about kissing boys, holding hands at the movies, and falling in love. I was just barely getting to know myself as a woman.

The kiss I had been fantasizing about quickly escalated into a shameful out-of-body experience. It took me three months to report the attack. I was shuttled to counseling sessions, legal appointments, and medical exams. Speculation ran rampant at school. 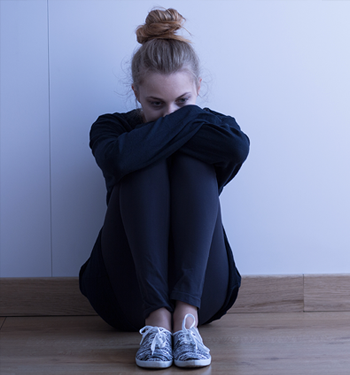 I lost the case.

When I lost the case I was instantly labeled a liar and a slut. At this formative time in my life, this was what I learned about being a woman:

When I was pregnant with my first child, Dedrick, I remember feeling a sense of relief when I found out that I was having a boy. I would be free of the terrifying possibility that my daughter could be victimized. Then I realized I’d completely overlooked the other side of that equation. It is my responsibility to raise a son who respects his own and others’ bodies.  It is my responsibility to teach my boy to honor women in a way that involves boundaries, communication, and honesty. 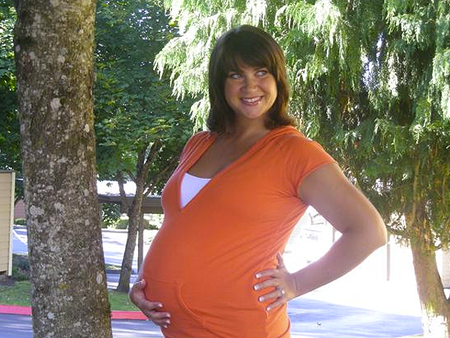 Recently I found out that I'm going to have another son. I will be the mother of two boys. Once again, I realized that I had been secretly hoping for this news. The relief I felt both times I found out the sex of my child is the worst kind of victim-blaming there is. It is the kind that is so ingrained that we even don't realize we're doing it.

If I were to have a daughter, sure, I would do my best to teach her to love and respect her body. I would show her, by example, what a loving, reciprocal relationship looks like between her dad and I. I’d even attend a self-defense class with her. But I would always worry about her safety. However, having a boy doesn’t mean that I’m off the hook and don’t need to worry about these things. Quite the opposite.

Girls and women are not victimized and disrespected because they haven't learned the right things from their parents. They are victimized because some little boys grow into men who were made to believe that they "have the right."

The belief that violence and disrespect toward women is a women's issue is akin to saying that burglary is the fault of homeowners who dare to have nice things.

As a mother of boys, I realize I have a deep responsibility to raise my sons to love hard without losing their autonomy or taking it away from their partner, and to explore their own sexuality without preying on others’ vulnerabilities.

Body Autonomy and A Cultural Perspective 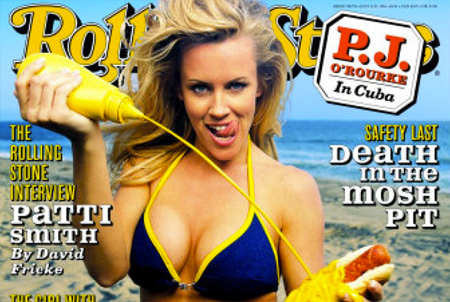 We live in a culture where women's bodies are highly sexualized and mass-marketed to the public as commodities. My son can't help but learn that just by watching TV or flipping through a magazine. Boys are supposed to want and push for sex, and girls are supposed to show restraint. It is OK for boys to chase sex, and they are rewarded for their conquests. But girls do not get notches in their belt. Instead, they get shame from their families and society.

Girls, not boys, "give it up." Girls should be good, and sweet, and all “sugar and spice.” Girls wait for pleasure. Girls put up a fight. But girls are also supposed to wear miniskirts and lick their lips for the camera. Female body language should read "come hither" while the girl keeps her legs firmly crossed and her pleasure off limits. Sex is America's “Big Dirty Secret.” It’s everywhere, but we aren't supposed to want it. And while we’re taught to be shamed by sex, we are also taught to be overt with it. Where there's shame, there is silence.

Our culture has a deep ambivalence around sexuality. Our cultural roots in Puritanism, with its profound suspicion of pleasure have collided with the mainstream media that uses sex to sell at every opportunity. Americans just can’t decide whether to treat sex with excessive license or repressive tactics.

When marketing to schools, the creators of sex ed videos offer two categories to choose from, one that preaches to wait until marriage, one that teaches “just do it when you feel like it and use protection.” It’s a huge deal vs. it’s no big deal. Sex is an expression of love vs. what’s love got to do with it?

This breakdown of communication is extremely dangerous for my son…a boy, like many children, who is curious about his world and likes to push limits. When we send mixed messages about sex, our bodies, and our feelings, we create a dangerous atmosphere of silence. My son must feel comfortable with his own sexuality and his body if he is to respect those things in others. If I do not teach him about his own power, how will he know how to wield it safely?

Esther Perel, an expert on sex and sexuality, writes in her book Mating in Captivity:

“Taboo-ridden sexuality and excess-driven sexuality converge in a troubling way... Sex is divorced from emotional and social continuity. What is missing is a sexuality that is integrated, in which pleasure flourishes in a context of relatedness. I’m not talking only about deep love; I’m also talking about basic care and appreciation for another person.”

Consent is not a “women’s issue”

Growing up, I understood that only the best of the best, the smartest got into Ivy League schools. In fact, only 6% of the applicants at Yale actually get in. These students are to be the future of our country. The bright beacons of our society destined to become doctors, lawyers and presidents. This callous parody of a “Take Back the Night” march tells us a deep, dark assumption about our culture.

The flawed message continues to be that rape is not a man’s problem, and consent is a women’s issue.

In one Washington Post poll, college students answered questions on what is considered consent. The poll showed that over 40% of students are confused about what consent is! When 20% of women in college have been raped (59% of those attacks never even reported and 89% of on-campus rapes unpunished) consent should be clearly taught in our schools and addressed on campus.

However, consent continues to be taught and viewed as a women’s issue. In fact, in one sex education video used in middle and high schools (Sex Smart for Teens—Abstinence version, InJoy Productions 2003), girls are taught how to say no. Teaching boys not to pressure girls for sex or respect girl’s autonomy is never even mentioned. Schools are only obligated to teach HIV/AIDS, sexually transmitted diseases, and the general plumbing of the body.

Teaching kids about developing healthy relationships with themselves and each other is completely at the discretion of the teacher, and as such, is often overlooked. As women, we have the power to change this, because as mothers we can teach our boys to communicate openly, care about others, and be clear about consent.

My Four Commitments to Raising a Conscientious Boy

As a mother of boys, I will have the distinct pleasure of raising them to be the kind of men I would've wanted to date as a young woman. Honestly, I hope that my boys grow up to treat women the way that my husband treats me. 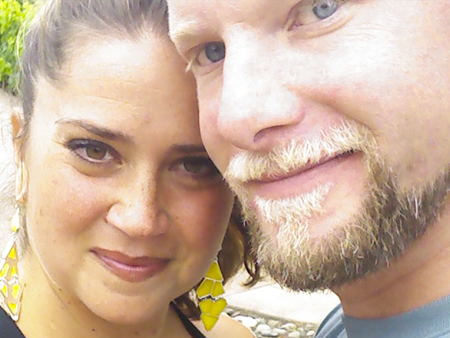 I'm so grateful for the example he sets: tender and strong, sensitive and firm, protective of my feelings, but supportive of my need to live in my own strength. When he holds me, I am "home." I want him, but I don't need him. We both have an equal voice in our family. My sons will learn a lot about being a good man who respects himself and others just by watching my husband live his life.

We’ve committed to raising our sons to understand boundaries, communication, and respect using these four strategies: 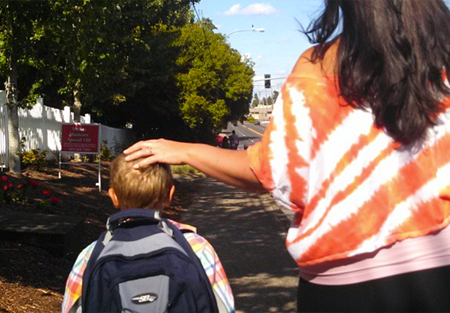 Sometimes I wonder what happened to my attacker after the trial. Did he grow up and get married and have kids? Was he haunted by what he did, or did he really believe he did nothing wrong? Does he have a wife he can look in the eye as an equal? Does he have daughters for whom he worries, and whom he tries to protect against men like him? I wonder if winning the case emboldened him to attack again. My heart can barely contain the pain of that possibility.

Though I will never forget this attack, I refuse to continue to be a victim of it. It has pushed me to commit to be part of the solution. I couldn’t save myself (and perhaps the other women harmed by my attacker), but I can do everything in my power to raise sons who will love and respect women.

As women, we can have great impact within our families and in our communities, and in the lives and futures of many girls and women. As partners, wives, and mothers our potential to effect change is big. We’re not here to play small, to be victims, to be less. We are strong. We are equals. We can be the change where and when change is sorely needed. For me, change starts with my own boys.

Your greatest obstacle might just be your biggest contribution to the world around you. Let adversity be your teacher. Grow and become stronger from it, then share that strength with the world. 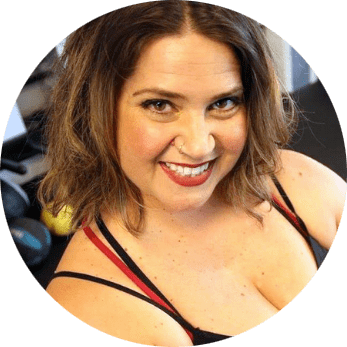 About the author:  Cara Turnquist

Cara Turnquist is a Mobility Expert, Personal Trainer, and Co-Owner of Movement Duets. Cara helps women cultivate a life that they can believe in. She believes in taking care of the whole self and shamelessly discovering your own version of fitness and beauty. Get to know Cara on her website, and connect with her on Facebook, Twitter, and Instagram.
VIEW BIO
|
READ MORE ARTICLES