Who Gets to Call Themselves an Athlete? 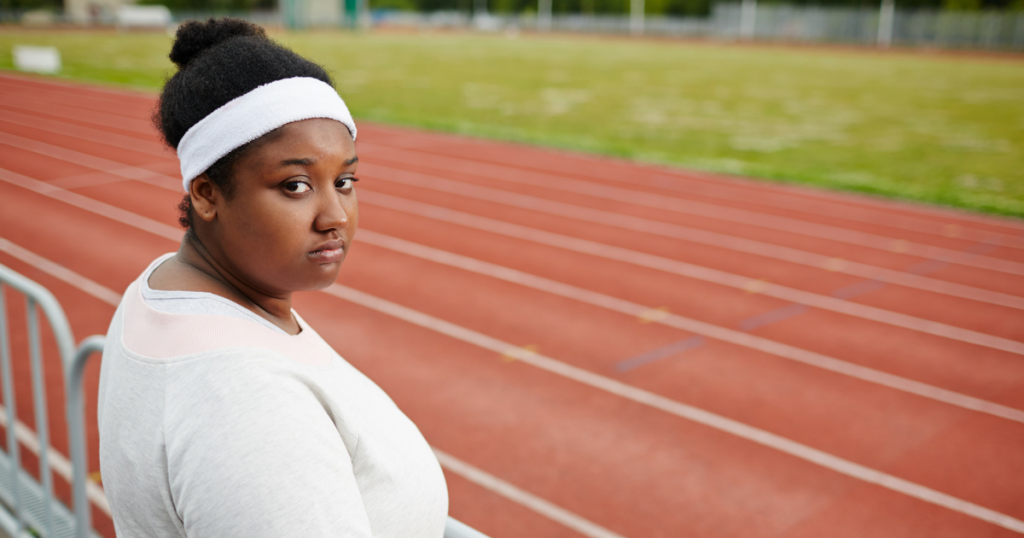 It’s 8:40 a.m. and I’m getting changed for my first period gym class. I am trying very hard to change without anyone seeing my body, my breasts, my stomach. I am pretty good at it but I have to put on my sports bra today because we are running. I’m already a D cup and we’re in grade nine. I am a very slow runner. Not the slowest — that coveted title is saved for Tracey. She the largest in the class and also the slowest. We leave the gym and not only are we running track today but we are doing sprints and hurdles. The boys’ class is out there too; it’s a perfect storm for gym class embarrassment. 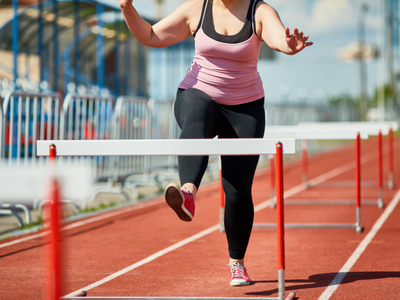 I feel awkward and uncoordinated as I try and make my legs lift at the right time to go over the hurdle and not fall over. It is very clear to me that I am not an athlete. Sure, I play some team sports, but I’m nothing like those girls that are the star of every sport they try — not the super flexible gymnast or the one that makes all the sports teams, or the girl that looks like a gazelle when she runs. I don’t feel like I am good at anything.

It wasn’t until much later in life that I started to see myself in a different light. Someone who trains and moves their body to get better for themselves. Someone who trains because they like to move and want to improve. Not a pretender but a real athlete.

Are You an Athlete?

When the topic comes up of "who exactly is an athlete," it is usually met with questions of how to define an athlete. Dictionary definitions aside, everyone really defines being an athlete in their own way.

Most of the time people define an athlete as someone that is "good at their sport" but I question if that is the only definition.

Are you an athlete? Do you prioritize your training? Is it important to you? Do you strive to get better at what you do?

Most women that I talked to laughed a little when I asked them if they were an athlete. Most hadn’t thought to look at themselves in that light. They said that they never thought of themselves as an athlete because they were not the best at what they do despite most of them doing some sort of training at least three or four times a week, or more.

Interesting fact: when asked, many women said they would prioritize themselves more if they were an athlete.

You are only limited by what you tell yourself and it starts with understanding what being an athlete means to you. Is it time for a mind shift?

How We Talk About Ourselves Matters

The words we use not only have an impact on how we perceive ourselves, but also on how others see us. In my senior year of college I had a skiing accident and required knee surgery.  The surgeon asked if I was an athlete and I was caught off guard. I didn’t play for any varsity teams and everything I did was for fun and my well being — not for competition. So I answered "No" and it really changed the course of my recovery. The main goal became just walking versus getting back to where I was physically.

I learned my lesson, and when I had to have another knee surgery a few years ago, I made the surgeon very aware of what kinds of activities I was taking part in, and how important they were to me. The difference in my recovery protocol was marked. I was doing physio to build strength and get me back to what I love to do. 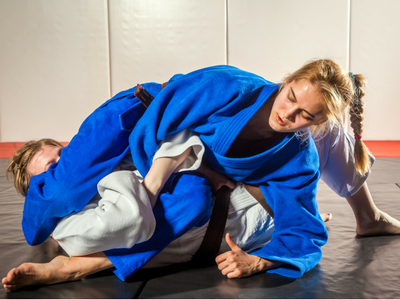 Our impression of who an athlete is starts early, and it’s not an uncommon story to hear women feeling completely inadequate in gym class and then to find themselves later in life training with a goal in mind. GGS community member Katy Moran from the Strong Women Lift Each Other Up group had an awakening recently when she realized that she is an athlete!

"Turns out I am a bit of a natural at sport (despite always being overlooked at school because I was fat) I have competed and won in BJJ and I am going to the European Championship next month to keep pursuing my own progress. Three and a half years ago, I had never exercised and had a terrible body image. I thought that I was awful at sport and that I could never be who I wanted to be. It's amazing how a little dedication can change you," Katy says.

GGS team member Fabi Marier had a similar experience: "Even though I was involved in a physical activity growing up, I never would have thought of myself as athletic. Dance, especially back in the day, was considered an art, and athletes were the ones involved in sports. Besides, with my dismal hand-eye coordination, I was your typical 'last kid picked for any team' during PE class, and I remember looking towards the yearly fitness tests with absolute dread. I couldn't catch a ball. I couldn't run. The only reason I managed to salvage my PE grades in high school was because there was always one activity throughout the year (gymnastics, aerobics, etc.) which helped me get my average above the failing grade." 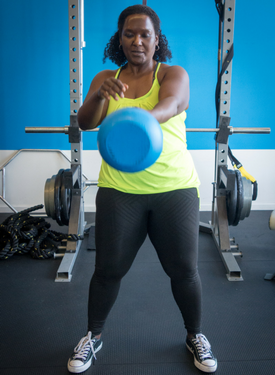 "While in my early 20s I moved from dance to fitness, I still never considered the "athlete" label to fit with me," Fabi recalls. "It wasn't until 2014 — at the very first GGS event, no less! — that my perspective was shaken up a bit. I had to fill a release form, and the first line stated Athlete's Name. I remember looking around, completely puzzled, trying to figure out if someone had given me the wrong form to complete. I couldn't possibly be considered an athlete, could I?!"

"Talk about a transformative moment! It took a while for me to get truly comfortable with that new way of seeing myself, but I'm glad of this new outlook," she continues. "Yes, I am an athlete. I lift weights, I dance, I work with kettlebells. And while it's unlikely to ever earn me any medal or trophy, I still train with focus and discipline. Because that's also what being an athlete is!"

Once their mindset shifts, many women find that their perception about what they can do shifts as well. When talking about finding her athletic strength, GGS community member Kyle Putnam states that "There was plenty of athletic potential buried in there and I had no idea."

Finding and seeing yourself as an athlete can really open your mind to all your possibilities. As GGS community member Jacqueline Casey found out, "It’s like there’s this whole other side of being me and living in this body that I never discovered and I bet a lot of people never get to discover."

Seeing yourself as an athlete can bring on a new sense of confidence, accomplishment and drive not only in your athletic endeavors but also in the rest of your life. 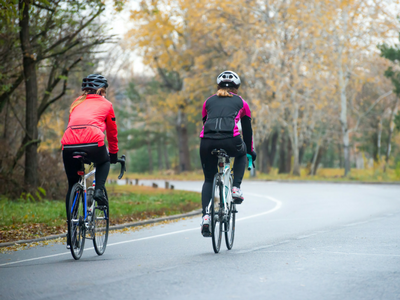 As Certified Pre- & Postnatal Coach Kimberly Boal recalls: "Through the years, I have learned that there are activities I like more than others. I have never seen myself as excellent at a particular sport, so I never labeled myself as an ‘athlete.’ One day, I was on a long road ride on my bike. It was on that ride that I realized that I had worked hard to be able to ride longer than 20 miles — spending time in the gym working on my muscular endurance and flexibility, learning how to eat to assure I would have enough energy for the journey. I realized on that ride that I was indeed an athlete!"

"I believe that being an athlete is more than the sport," Kimberly says. "It is about finding a goal and pursuing it with passion and joy. It is training to achieve your goal, whatever it is. Calling myself an ‘athlete’ gives me a source of pride and accomplishment. When I am proud of myself, I carry myself with more confidence and I believe that those around me see it too."

These changes can be incredibly empowering, as GGS community member Kayla Anderson points out: "When I began powerlifting, I felt a bit ridiculous at first. But with encouragement, I started to get more confident. I felt at home in my body, my energy levels were up, and I developed a much more sustainable relationship with food than I had before — when my gym endeavors were all about losing weight by doing a bunch of cardio, which left me feeling exhausted, hungry and restricted." 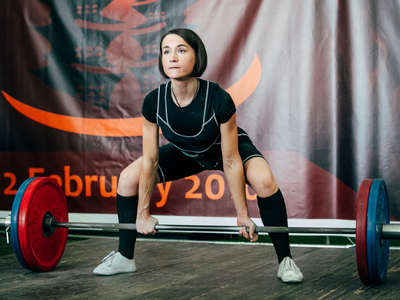 "When I finally believed that I could achieve things with powerlifting is when my mindset shifted to treating myself like an athlete," Kayla says. "To me, being an athlete means making your physical practice a priority, caring for your body with nourishing foods and good sleep, and keeping a positive mindset when things are hard or you have a bad day. Being an athlete means cultivating consistency and never giving up on myself."

GGS community member Steph Ondrusek echoes this: "When I began to see myself as an athlete, I realized I had the power to create what I wanted, not just in the gym, but in my life. I went from being in the gym constantly to get smaller to looking forward to training in order to step into my power, see how strong I am, and explore what I could do. That mindset carried over into the rest of my life, changing how I view myself forever."

Three Steps to Seeing Yourself as an Athlete

2. Identify negative thinking.
Notice when you are putting yourself down or looking for reasons why you are not worthy of being called an athlete. The nagging voice of self doubt that tells us that we are not good enough isn’t going to go away but being aware that it is there and not always right is a step in the right direction. 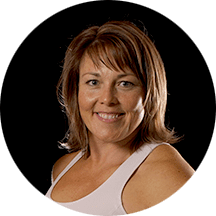 About the author:  Heather Griffiths

Heather Griffiths is a mom, researcher, data geek and wellness coach. Her journey to health and wellness coaching began with when she went through her own transformation and realized that she wanted to share her experiences with others. Her ability to coach and guide with compassion and understanding of goals has helped her take her clients to a place of self acceptance and lasting change. Heather is a Precision Nutrition Level 2 Certified Coach and uses her science background to help clients find what works best their own unique circumstances. Heather’s really loves helping women who are tired of being told what they "should be” to find their own inner vitality.
VIEW BIO
|
READ MORE ARTICLES