How Gestational Diabetes Can Affect Your Pregnancy

Gestational diabetes mellitus (GDM) is a common medical complication of pregnancy when your body cannot cope with the extra demand for insulin production. The resultant is persistent levels of high blood glucose levels (BGL) in the body. Although elevated BGL associated with GDM usually resolves itself naturally postpartum, there is increased risk of many acute and long-term health problems for the mother and the baby.

Exposure to consistently high glucose levels due to GDM results in excessive growth in the fetus that occurs disproportionately, favoring growth of the shoulders rather than the head. This leads to a predisposition to shoulder dystocia — when a baby’s shoulders are unable to pass through the birth canal — which increases the chance of birth trauma and medical interventions during birth.

For a pregnant woman with GDM, recurrence rate of the condition in subsequent pregnancies becomes as high as 69 percent. Furthermore, a woman’s risk of developing Type 2 diabetes increases sixfold, compared to women with normal glycemic control in pregnancy.

So What Exactly Is Gestational Diabetes?

A pregnant woman’s body undergoes many physical and metabolic changes. In any normal pregnancy, a woman naturally becomes more insulin resistant to ensure adequate glucose for fetal development. What this means is that a pregnant woman’s cells are less responsive to the action of insulin, a hormone that acts as a gateway for glucose to enter cells and out of the blood stream, and vice versa. 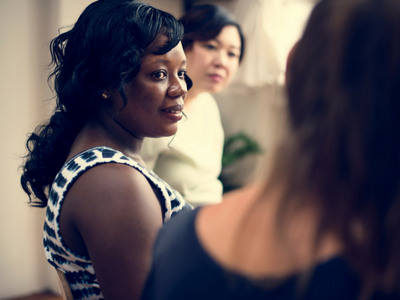 In addition to pre-pregnancy weight, excessive gestational weight gain, especially during the early stages of gestation, also appears to increase a woman’s risk of GDM [2]. Weight gain exceeding the recommended levels by Institute of Medicine is considered as excessive weight gain (see table below) [3].

In particular, being physically inactive contributes to the risk of developing GDM given that physical inactivity is linked to being overweight and obese and also results in excessive pregnancy weight gain [4,5].

Can GDM Be Prevented? Or Can the Risk Be Reduced?

Epidemiological studies suggest that being physically active before and during pregnancy is associated with reduced risk of GDM [6-8]. To date, several randomized controlled trials have shown that compared to control intervention, exercise intervention could significantly decrease the risk of GDM [9].

However, in a recently published article in Obstetrics & Gynaecology, researchers found that regular exercise during pregnancy was not effective in preventing the recurrence of GDM in women with a history of the condition [10]. This suggest that the pathophysiology of GDM is far more complicated that we imagine and requires more research so that we can better understand the condition.

How Can Women Know If They Have GDM?

As most pregnant women do not show symptoms of GDM, pregnant women are routinely screened for GDM between 24 and 28 weeks of pregnancy by their obstetrician or midwife. Women with multiple risk factors may be screened earlier in pregnancy.

There is a vast discrepancy in the way that GDM is screened for in different countries. This may include either a two-step screening procedure of a 50g glucose challenge test (GCT) followed by a two-hour, 75g or 100g oral glucose tolerance test (OGTT; if the GCT results are abnormal), or a direct two-hour OGTT.

What Are the Implications of a GDM Diagnosis on Nutrition and Exercise?

If you are diagnosed with GDM, your obstetrician will refer you to a dietitian for nutritional education. This mode of management is usually referred to as medical nutrition therapy (MNT).

A dietitian will review your nutritional requirements on an individual basis and provide advice to help you maintain optimum BGL. To confirm the efficiency of the prescribed GDM diet, regular self-monitoring of fasting and postprandial (post-meal) BGL measurements are taken daily via finger pricks to collect a capillary sample. If daily capillary monitoring of glucose concentrations shows a lack of glycemic control after two weeks of MNT (i.e., consistent daily fasting/preprandial BGL > 5.5 mmol/M or 1-hr postprandial BGL > 7.0 mmol/L), insulin therapy or the oral hypoglycemic agent metformin may be considered.

Whether your GDM is treated by MNT or by insulin therapy, you are encouraged to engage in 30 minutes of moderate exercise each day as an adjunct therapy for glycemic control. This prescription is based on several studies showing the effectiveness of exercise for the management of BGL in women with GDM [11-14].

If you are training a client who has GDM, it is important to find out how your client’s GDM is managed (remember that, as a trainer, it is out of your scope of practice to practice MNT).

More precaution should be taken if your client is using insulin therapy to manage their glucose levels as they are at higher risk of experiencing a hypoglycemic event (dangerously low BGL) if the intensity is too great or the duration is too long (>30 minutes).

To avoid this, your safest bet is to stick to the recommendation of 30 minutes of moderate intensity exercise which may include:

Always advise your client to do a capillary blood glucose check after exercise to avoid a hypoglycemic event. If you do not feel confident that you can train a pregnant woman with GDM safely, refer to an accredited exercise physiologist who specializes in GDM.

Regardless, it is important for us as a health or fitness professional, to encourage pregnant women with or without GDM to be physically active during pregnancy due to the many benefits that regular exercise can bring to both mother and baby.

Currently with less than 50 percent of pregnant women achieving recommended levels of physical activity and exercise for health benefits [15,16], it is up to us to educate women about the importance and safety of exercising during pregnancy and become a change catalyst to encourage exercise in this population of women.

When we know better, we must do and educate better! 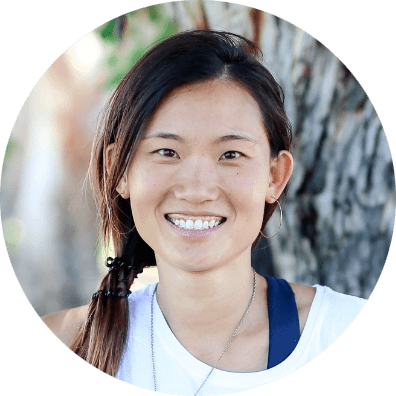