Me Too: Molly Galbraith's Personal Stories Of Sexual Harassment & Assault 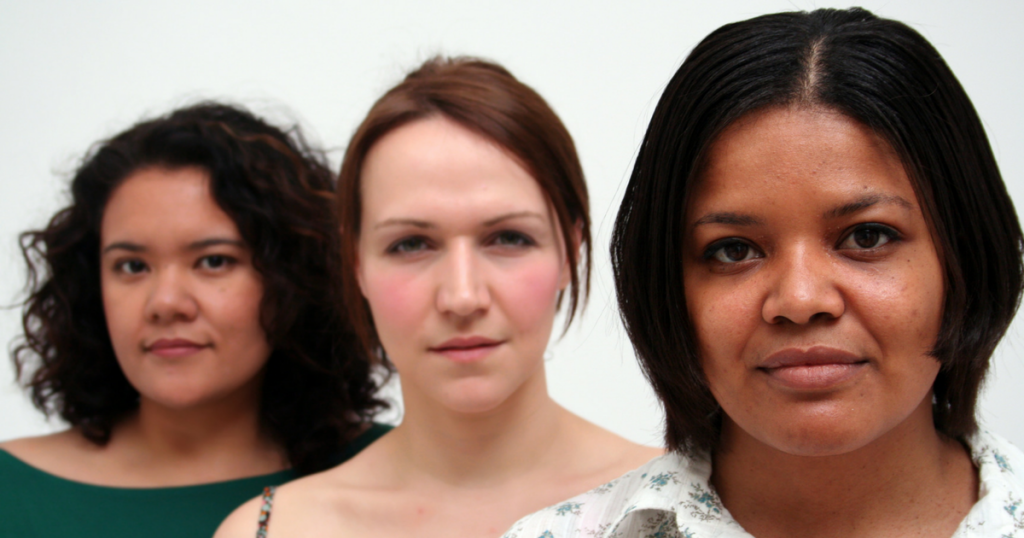 As women, it’s sadly unsurprising to learn that another woman we know has experienced sexual harassment, assault or violence — after all, most of us have. Sharing our stories can be as comforting as it is horrifying: while it helps to know that we are not alone, thinking about how widespread these experiences are can leave us feeling discouraged, especially in a culture that has taught us to minimize them, or better yet, remain silent about them altogether.

In October 2017, stories broke in the New York Times and the New Yorker in which multiple women spoke out about the abuse of power, sexual harassment, and in some cases assault, they endured at the hands of Harvey Weinstein and some of his associates. These articles opened the door to a growing wave of allegations as more survivors started coming forward to speak about their experiences, not just with Weinstein, and not just in Hollywood.

In a matter of days, the hashtag #MeToo was trending across social media as women — and men — from all walks of life bravely talked about their own experiences with sexual harassment and assault, some for the very first time. This flood of stories began with a tweet. On October 15, actor Alyssa Milano asked her Twitter followers to respond with “me too” if they had ever been sexually harassed or assaulted, The response was overwhelming, taking over social media news feeds with stories, long and short, or simply the words “Me too.”

What many people did not immediately realize was that the Me Too movement had been supporting survivors for a decade, long before that tweet. Started in 2006 by Tarana Burke, Me Too aims to help “survivors of sexual violence, particularly young women of color from low-wealth communities, find pathways to healing.” While Milano was briefly credited with starting the viral movement, those familiar with the origin of Me Too were quick to credit Burke and introduced her to a broader audience who were not yet aware of her work and activism.

As Burke told Ebony Magazine in a recent interview, “It wasn’t built to be a viral campaign or a hashtag that is here today and forgotten tomorrow… It was a catchphrase to be used from survivor to survivor to let folks know that they were not alone and that a movement for radical healing was happening and possible.” About the current use of #metoo she said to Ebony: “What’s happening now is powerful and I salute it and the women who have disclosed but the power of using ‘me too’ has always been in the fact that it can be a conversation starter or the whole conversation – but it was us talking to us.”

In the wake this movement and the conversations that have started taking place more frequently and more openly, many people are reflecting on their own experience, sometimes seeing it in a new light. Many have also chosen to break the silence and share their personal stories. I choose to share mine.

When I was five years old, as I was climbing a pole at recess one day, a boy poked my vulva with a pencil. I felt upset and confused, but I never told the teacher.

When I was 11 years old, two men in their thirties followed me around the mall until I alerted security that I was scared. I was told that I shouldn't have worn such short shorts.

When I was around 18 or 19 years old, I was dancing at a bar on spring break, when a guy walked by and stuck his hand up the front of my dress and grabbed me. I pushed him away, and he punched me in the face, almost breaking my jaw. The police were called. I was told I should leave town as quickly as possible because his friends saw what I looked like and the police were afraid his friends would come after me for reporting him.

Very recently, I was at the airport waiting in line at security and saw a man I've known for close to a decade. He's probably in his 60s, was my Dad’s friend, and I used to wait on him and his friends at a bar where I worked for years. We started chatting casually, and throughout our conversation he made multiple comments about how "in shape" I am and how "great I look." I wasn't comfortable, but I brushed it off. Then he made he a comment regarding how much money I used to make waiting tables. He leaned in close and said:

"You know it's because we were all chasing that tail, right?"

I was stunned. All I could manage to blurt out in that moment was, "Actually, I think it's because I was really, really good at my job."

Rather than apologize, he was dismissive and said, "Oh don't make me sound like a chauvinist."

These are just a few of my many personal experiences where boys and men felt entitled to my time, my attention, or my body in some way.

I Am Not Alone — We Are Not Alone

Every woman I know has experienced harassment or assault, or has felt unsafe in her body in some way. EVERY. SINGLE. ONE.

Just because someone hasn’t said "me too" doesn’t mean they haven't experienced harassment or assault.

For all of those who do speak up and share our stories, there are others who are thinking "me too," but not saying it. If this is you, I understand, and you don't owe anyone that sacred information.

There are men who feel strongly about this topic because they have a wife, sister, mother, or daughter whom they love dearly. If this is you, I understand that this may be a valid starting point for you, but please recognize that we need you to care about all women, not just those to whom you have a personal connection —  and we need you to take action.

There are men who want to "protect" us. If this is you, understand that we don't need your  protection. We need your respect, and we need you to take action.

There are people who are surprised by all of the "me too" stories being shared. If you are surprised, there's a good chance you’re complicit in this behavior.

There are people who needed to see a certain number of "me too" stories before they got it. If you’re still doubting, I don't think you’ll ever get it.

There are people who still don't think harassment, assault, patriarchy, and rape culture are real. If this is you, please take a very close look in the mirror and ask yourself if maybe, just maybe, you're part of the problem. 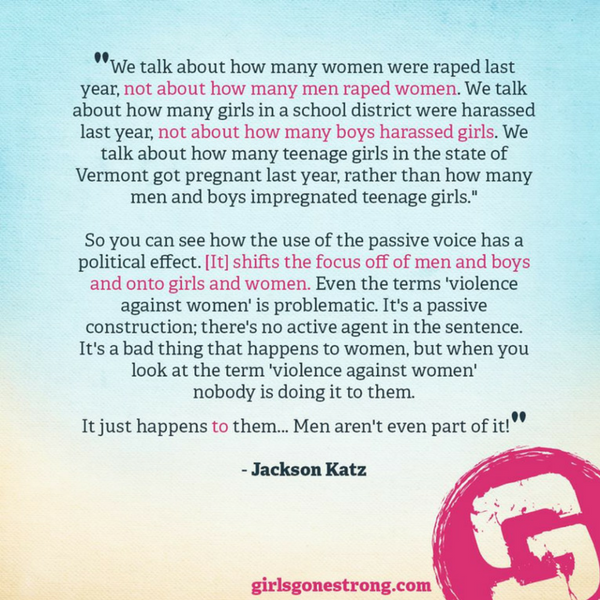 There’s No Turning Back — And That’s A Good Thing

We're at a crossroads of sorts. It is equal parts sad and infuriating that it has taken this long for so many survivors’ voices to be heard and their stories to be taken seriously, there is no denying that something has shifted. Recognizing the situation is an important and necessary first step, and we have the power to go further. We can all take actions, every single day, to create a safe, empowering, and equal environment for everyone.

How to Take Action

When #MeToo went viral and I shared my own stories along with so many of you, thanks to the Girls Gone Strong community I also came across a great Facebook post from Toronto-based director, writer, and actor, Nicole Stamp. She noticed, as many of us did, that many men in her life were asking, “How can I help?” In response, she outlined a long list of concrete ways to help, which she originally wrote it with those men in mind, but everyone can use the suggestions she laid out.

Stamp’s suggested actions align closely with our values at Girls Gone Strong, and inspired us to highlight a few actions you can take. (You can check out her original Facebook post for her full list of suggestions.)

Speak Up and Be a Role Model

Don’t let it slide when you hear someone saying something disrespectful to or about women, and lead by example. Refrain from using (or condoning the use of) gendered words such as bitch, slut, pussy, etc. The implications these words carry only serve to keep gender stereotypes in place and diminish the value of other human beings.

On a related note, it’s important to role-model that the feminine is not less-than. Challenge stereotypes and ideas about what is gender specific. If you’re raising boys, Stamp’s Facebook posts suggests, “Do something that’s coded as traditionally ‘feminine’ in a way that embraces the feminine as a valid way of being, not in a way that mocks femininity.”

Do your part to make sure women’s contributions aren’t being dismissed at work (or anywhere, really). Lend support to their ideas and suggestions. If you notice someone has dismissed or spoken over a woman, interject and create a space for her to continue and be heard. Another way to amplify female voices, and the voices of those who are often dismissed or ignored — namely indigenous, biracial, and people of color, and people with disabilities — is to seek out articles and content created by them. As Stamp points out in her post, “Nothing about us, without us.”

Compliment Girls on Something Other Than Their Appearance

As Fabienne Marier writes in her article on speaking to kids about body diversity, “Too often, as a society, we tend to praise children for one-dimensional qualities: we compliment little girls on their appearance, and little boys on their strength... By extolling superficial aspects, we’re showing kids to look at the world and at themselves through a single, extremely limited lens. Furthermore, these types of comments reinforce arbitrary gender constructs which aren’t beneficial for anyone.”

If one of you is not into it, stop. In fact, to take it a step further — unless both of you are really, super, obviously, enthusiastically into it, stop. Be aware of nonverbal communication, yours and theirs, and remember that nobody owes anyone anything, no matter how far an intimate situation has gotten. If one of you wants to stop there, you both need to stop there.

If you haven’t experienced harassment, assault, or a type of oppression that someone else is talking about, listen to that person and believe them when they speak of their own experience.

Don’t dismiss someone else’s experience, or the collective experience of people in a demographic with which you don’t identify.

Listen, and if you’re having trouble believing someone, go a step further and look for other stories shared by others in that group. Stamp states, “You'll find that these ideas aren't weird, militant, fringe notions. Oppression is a widely accepted and statistically supported phenomenon, and a lot of insightful people are talking about it. Avoid the hot takes and go to the source: the people who experience the issue firsthand.”

While you’re listening, if you start to feel uncomfortable, work to de-center yourself and your feelings. Focus on the issue and on understanding the other person’s experience. Ask the other person how you can best support them. As Erin Brown reminds us in her letter to fellow survivors of sexual assault, they'll be best placed to tell you what they need.

Thanks to Ivonne Ward and Fabi Marier for their help on this article. 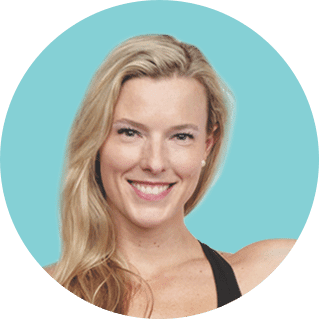