The 3 Biggest Myths About Fat-Burning For Active Women

I am really angry.

Because the goals of performance are mostly objective, athletes and active clients depend on science-driven evidence for advice about training and diet regimes. Personally, I have stayed as far away from the diet world as possible, where creative writing reigns and science takes a back seat (and frankly, often doesn’t have a seat at all)!

Even more frustrating, sports nutrition marketing has historically been very male-centric and unappealing to active women. In addition, there is limited scientific data on the needs of active women. On the other hand, the diet world has been marketing to women for over a century, and knows how to make messages appealing to women, despite a lack of evidence.

This void in data about the needs of active women, in combination with the diet world trying to make big bucks, has allowed the diet world to swoop in and masquerade as sports nutrition for women.

This leaves a host of active women vulnerable to marketing and misinformation about their dietary needs.

To put it simply: the diet world has invaded my sports nutrition space, and now I’m pissed. That’s why I wanted to write about the 3 biggest myths perpetuated by the diet world in regards to the best ways to burn fat for active women.

Make sure that you understand these, and be a light of truth, spreading the word of evidence-based sports nutrition to all the active women and girls you know!

Myth #1: The best way to burn fat off your body is to exercise in the fat-burning zone. FALSE!

Also known as submaximal exercise, or training at 45 to 65 percent of your VO2max, this moderate exercise intensity depends on a mix of about 55 percent fat to 45 percent carbs, and requires a moderate amount of total calories per minute of exercise. 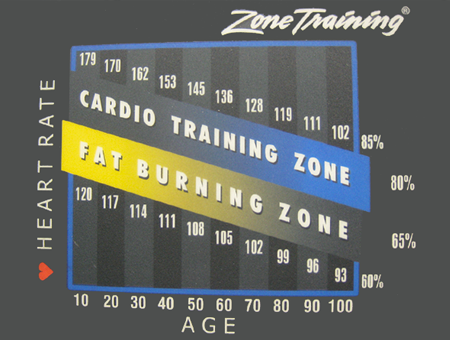 While you certainly burn more fat than carbohydrate during the exercise session, the total calorie burn is primarily dependent on the duration of the training session. There is not much post-exercise elevation in metabolic rate, or “after-burn” of calories.

On the other hand, high-intensity exercise, 70 percent and higher of your VO2max, requires at least 72 percent of the total calories burned to come from carbohydrates, and the higher the intensity, the more your body depends on carbohydrates, rather than fat, for fuel.

In fact, without enough carbohydrate on board, you can’t reach this level of training intensity and work output.

More to the point of this discussion, high intensity exercise leads to a highly elevated post-exercise metabolic rate, or after-burn. And that after-burn can last for 24-36 hours, and is typically fueled mostly by fat. This is where body sculpting happens. By exercising in the higher zones that depend on carbs, not fat, you increase your total calorie and fat burning for many hours after exercise. You get the best training effect, enhanced performance, and a lean physique by burning the most carbs during exercise, and that’s the science of it!

You just learned in Myth #1 that it’s training in the carb-burning zone, not the fat burning zone, which really drives fat loss.

If you don’t fuel your body with enough carbs to drive high intensity exercise, you’ll perceive that you’re training very hard, but in reality you won’t be anywhere near that level of intensity; it just feels like it. So to really burn off fat, you must fuel your training with the carbs you need to achieve high intensity ranges of exercise, and then refuel for recovery to train hard again later that day, or the next day. You don't have to eat a low-carb diet to lose fat effectively, In fact, to lose more fat, you need more carbs to fuel your training.

Myth #3: To lose a pound of fat per week, lower your calories by at least 500 per day from your energy requirement. FALSE!

This has been the advice of the diet world forever, but you know as well as I do that it doesn’t work that way.

Research has shown that a deficit of more than approximately 300 calories/day sends signals to your brain to slow down your metabolic rate, just in case the world is running out of food.

Your body begins to conserve fuel, and slows the rate at which it will allow you to burn it. However, the same research showed that you can fake your brain and body out if you keep your energy deficit to only about 300 calories. This keeps you burning calories at a higher rate.

So, if you eat only 300 calories less than your needs you will lose more weight than if you lowered your calorie intake by 500 calories. You really can eat more to weigh less. Not to mention having enough energy to train hard, and benefit from the increased fat burning machinery that is your body.

In summary, following the truths of science rather than the myths of the diet world will fuel your body, mind and spirit. Pass it on! 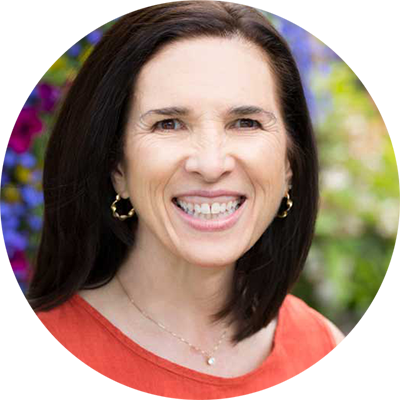 Dr. Susan M. Kleiner's credentials include a PhD in Nutrition and Human Performance and an RD, FACN, CNS, FISSN certifications and honors. She is a co-founder and fellow of the International Society of Sports Nutrition and a fellow of the American College of Nutrition that honored her with a Young Investigator Award for her doctoral research. She is also a member of the American College of Sports Medicine and The National Strength and Conditioning Association. Susan is also co-founder and co-CEO of Vynna, LLC, an all female-owned, female directed, evidence-based sports nutrition brand, and author of the bestselling book, POWER EATING, as well as 6 other nutrition books. While she’s not passionately promoting healthy nutrition and fitness, Dr. Kleiner stays in a good mood by spending time in the great outdoors of the Pacific Northwest with her husband and daughters. You can learn more about her on her website and follow her on Twitter @powereat.
VIEW BIO
|
READ MORE ARTICLES